GlobalData’s latest report on the refinery maintenance in Q3 2016 highlights that Asia (1,370 mbd) and Europe (753 mbd) followed North America in terms of capacity under maintenance. 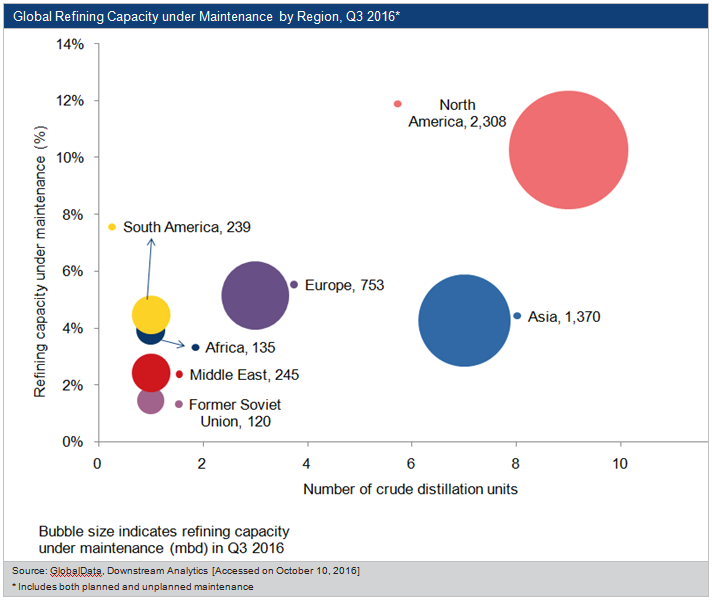 Among countries, the US had the highest refining capacity (1,587 mbd) under maintenance (including both planned and unplanned) globally in Q3 2016. India occupied second position (587 mbd), followed by Japan (508 mbd). India (587 mbd), Japan (508 mbd) and the US (430 mbd) were the top three countries globally for refining capacity under planned maintenance in the quarter. Only the US (1,157 mbd), Mexico (275 mbd), Brazil (239 mbd), and Canada (73 mbd) were affected by unplanned maintenance in this quarter.

Research in the report also highlights that the operator with the highest refining capacity under maintenance globally in the quarter was ExxonMobil Corporation (503 mbd), followed by BP plc (430 mbd) and Indian Oil Corporation Limited (420 mbd). 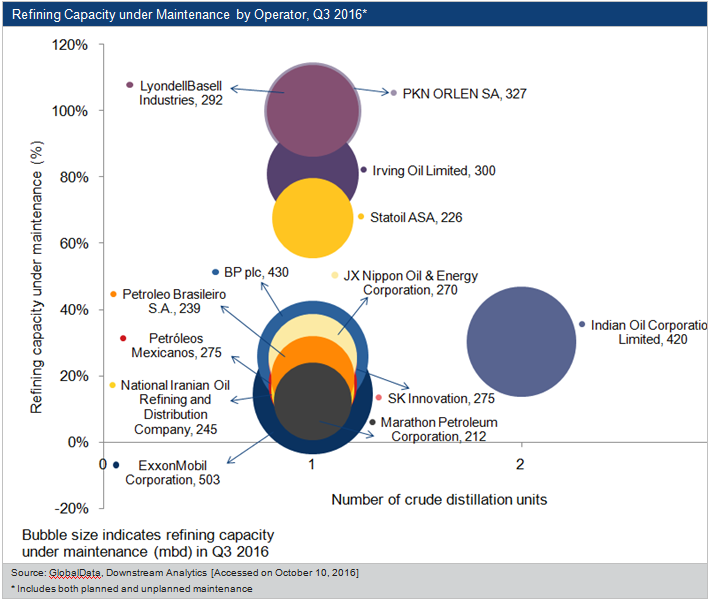 The new GlobalData report clearly indicates that North America had the highest refining capacity under maintenance globally, whether planned or unplanned, in Q3 2016.