Over $4.9bn in capital expenditure (capex) will be spent by Iraq-focused operators on gas projects over the next four years, which will facilitate the growth of the country’s production to around three billion cubic feet per day (bcfd) in 2021, according to GlobalData.

Genel Energy will drive Iraq’s gas production with 34.5% share of all production in 2021. Crescent Group Holdings and Dana Gas will follow with 5.9% each. Iraq has six key upcoming upstream gas projects, of which four will be producing by 2021. Genel Energy, Turkiye Petrolleri Anonim Ortakligi, Kurdistan Regional Government, and Kuwait Energy will lead in greenfield gas projects, with participation in two upcoming projects each in the near future. The rest of the participants have one upcoming project each.

The average development break-even price for gas projects in Iraq is about $6 per thousand cubic feet. 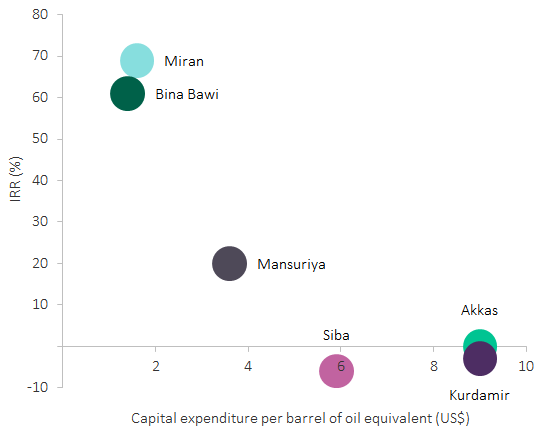