Over $75.7bn in capital expenditure will be spent over the lifetime of the top ten heavy oil and oil sands projects to produce 8.1 billion barrels of crude oil, according to research and consulting firm GlobalData.

These 10 projects, selected from 63 upcoming heavy oil and oil sands projects globally, will contribute an incremental capacity of 803,549 barrels of oil per day (bd) to global supply by 2025. Telephone Lake (Cenovus Energy Inc.) in Canada is the largest with anticipated peak production at 90,696bd in 2030 at an estimated cost of $10bn. 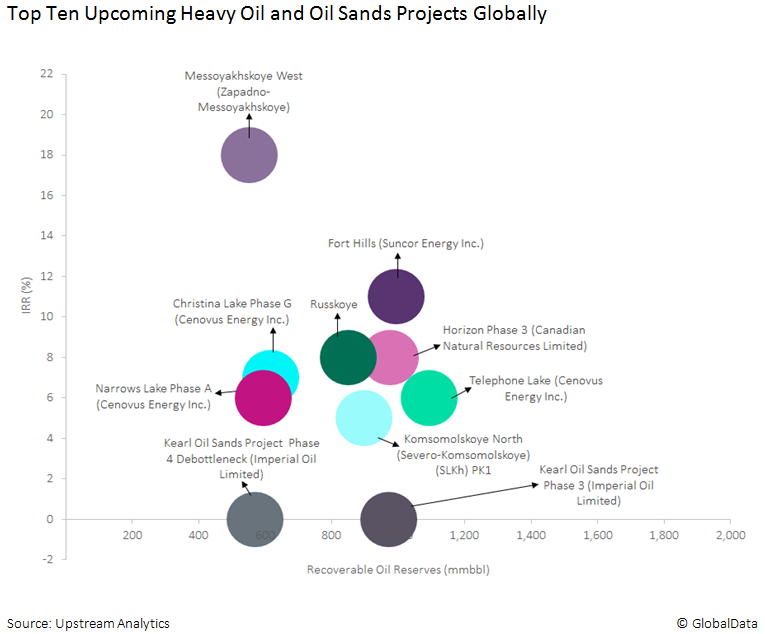