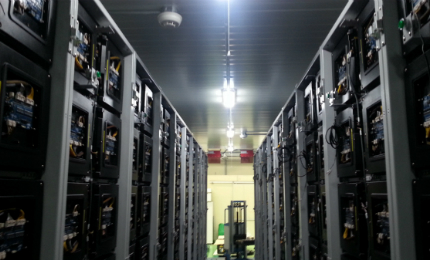 The firm manufactures under strict internationally set industry standards. Its systems protect people and assets from fire in more than 110 countries.

The condensed aerosol fire extinguishing technology came into prominence as a result of the Montreal Protocol of 1994 that banned Ozone-depleting substances such as Halon1301 and other halocarbon and chlorofluorocarbon-based substances due to its environment friendly properties.

Advantages of Fire{ro products include:

Our systems sometimes referred to as condensed aerosol fire extinguishing generators or units have many numerous and unrivalled benefits.

Most importantly, their reliability, effectiveness and credibility have gone through and passed the toughest of tests. They are listed, licensed, approved and certified according to the most important international standards for the condensed aerosol fire extinguishing technology, including:

Benefits that FirePro systems provide over conventional gaseous systems include a lower initial and long-term ownership cost and savings in weight and space. They are also cost-effective, due to the fact that they do not require hydraulic tests, filling, weighing or pressure leak detection.

Furthermore, the systems are easy-to-install, as users don’t have to carry out integrity tests or piping and there are no fitting or pressure cylinders involved.

Characteristics of the fire extinguishing medium:

FirePro systems are total flooding agents that have the flexibility and adaptability to be installed in applications and for fire hazards that are impracticable or financially impracticable to protect with other technologies.

The success of FirePro condensed aerosol fire extinguishing systems is partly attributed to their modularity.

FirePro systems linked with any smoke, heat, flame, aspiration, gas or other fire detection technology can protect large volumetric enclosures such as warehouses, offices and archives our range of products.

In the event of a fire occurring in such potential blaze sources, the fire is locally extinguished, preventing it spreading outside the source. Consequently, no additional fire-fighting methods are required and therefore act as complimentary to any other total flooding fire extinguishing systems.

Upon activation, the FBC is transformed into a rapidly expanding highly efficient and highly effective fire extinguishing condensed aerosol that is autonomously distributed evenly in the protected enclosure using the momentum developed during the transformation process.

It extinguishes fire not by oxygen depletion or merely cooling as depicted by the traditional triangle of fire, but instead by interrupting the chemical chain reactions present in the flame.

Fire protection for oil and gas, and petrochemical applications

FirePro’s client base includes companies and organisations from various industries, as well as official government sections examples of which are:

The company seeks to bring better, more affordable fire-fighting ability to as many people as possible. 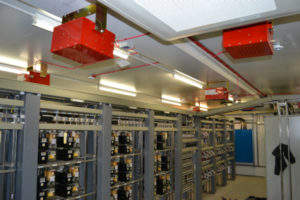 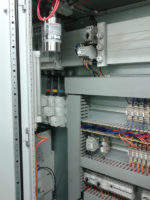 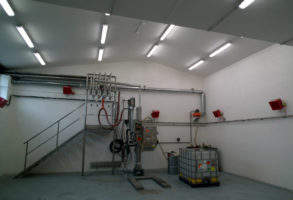 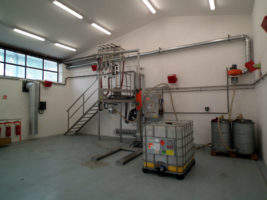 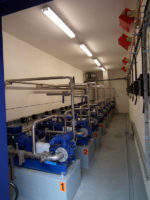 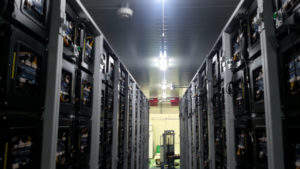 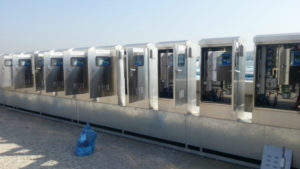 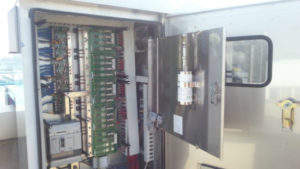