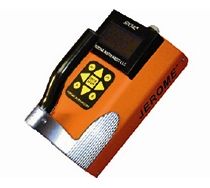 ABLE Instruments & Controls has been asked by Thames Water to upgrade Mogden Sewage Treatment Works as part of a £140m enhancement to the site.

Mogden Sewage Treatment Works is the second largest in the UK. It was built between 1931 and 1935 at a cost of £1.7m and covers an area of 55 hectares. More than half of the power used by the plant is renewable energy that has been generated on site as part of the sewage treatment process.

The works serves around 2.1 million people, and some of the wastewater has travelled more than 20 miles by the time it reaches Mogden.

It is hoped that the upgrades will extend sewage treatment at the site by a capacity of 50%. Mogden’s boundary monitoring network will be upgraded from ‘best in class’ Jerome Hydrogen Sulphide Analysers to the current generation Model J605. All 15 analyser systems are housed in thermostatically controlled IP67 environmental enclosures.

The new analyser builds on the industry proven performance of its predecessor, with several new, performance enhancing features: The J605 has improved accuracy in the single figure PPB region, critical for nuisance odour monitoring. Its automated sampling and regeneration functions facilitate longer periods of unattended monitoring, as does its on-board data logging, with 20,000 data points capacity and USB connectivity for simple download.

The improvements have significantly reduced the amount of storm sewage that overflows into the tidal stretches of the River Thames when the site becomes overloaded during heavy rainfall and helped Thames Water to meet tighter quality standards for the effluent they discharge.

To accommodate the new equipment installations, Thames reshaped the western embankment, inside the existing site boundary. The landscape to the west of the site has been enhanced, benefiting local wildlife.

As well as significantly reducing sewage discharges, these improvements are helping to reduce odour at the site, as the use of storm tanks has decreased during heavy rain, and new and existing equipment has been covered over.

The extension produces up to 40% of its power requirements via renewable energy. This is achieved by generating electricity from the burning of methane derived from sewage.