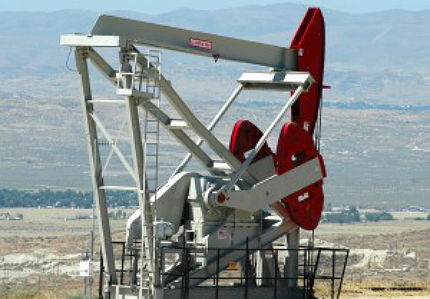 US-based GE Oil & Gas has completed the acquisition of Lufkin Industries, which provides artificial lift technologies for the oil and gas industry, for about $3.3bn.

The acquisition will expand GE Oil & Gas’s artificial lift capabilities, with solutions for a wide variety of well types and technology for production automation and optimisation in the drilling industry.

The acquisition allows Rosneft to increase gas production to 100 billion cubic metres (BCM) per annum and accelerate the development of the Kynsko-Chaselsk group of fields.

Chesapeake Energy has signed an agreement with EXCO Operating to sell its assets in the Northern Eagle Ford Shale and Haynesville Shale for approximately $1bn.

As part of the deal, EXCO will acquire around 55,000 net acres in Zavala, Dimmit, La Salle and Frio counties in the Northern Eagle Ford Shale in Texas.

In May, the assets in these counties had an average net daily production of approximately 6,100 barrels of oil equivalent, from around 120 producing wells.

Vietnamese state-owned oil and gas company PetroVietnam has said it plans to produce around 20 million metric tonnes (MT), or 146,000 barrels per day (b/d), of crude oil by 2015.

PetroVietnam general director Do Van Hau told Platts that the company intends to extend its operations in Vietnam and abroad through its upstream unit PetroVietnam Exploration Production (PVEP).

As part of the deal, the company acquired associated midstream assets located in the Panhandle region of Oklahoma.

The company also acquired additional interests in assets from other sellers for an additional $30m.

UK-based fracking company Cuadrilla Resources is expected to receive permission from the Environment Agency by the end of the week to drill an exploratory oil well near the village of Balcombe in Sussex.

The Gurdian reports that the company received a draft permit from the Environment Agency, following which drilling rigs started being moved into position.

The company’s spokesman told the news agency that it has carried out tests on the underground water aquifer around Balcombe, and drilling will not give rise to problems in the area.

Cairn India plans to increase its crude production by investing approximately $3bn into its energy assets in India, as well as developing the successful Barmer blocks in Rajasthan state.

The company plans to increase its crude production from 180,000 barrels per day (bpd) to as much as 215,000 bpd in the Barmer blocks by the end of the fiscal year.

Cairn India interim CEO P Elango said the company has submitted an integrated field development plan to the petroleum ministry and expects it to soon be approved to speed up production in the Barmer blocks.

A UK-based subsidiary of Yokogawa Electric has signed an agreement with SSE Hornsea to upgrade an onshore underground gas storage facility located at Atwick in East Yorkshire.

As part of the deal, Yokogawa will supply and install a CENTUM VPintegrated production control system to control gas compressors at the facility.

The company will also provide a ProSafe-RS integrated safety instrumented system to ensure process safety at the facility.