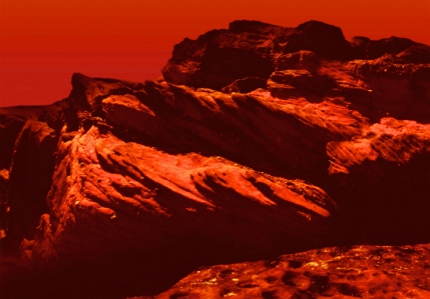 Sand injection research has taken place for nearly 200 years. But while the first publication on the subject was in 1827, Professor Andrew Hurst, Chair of Production Geoscience at the University of Aberdeen, reveals that interest in the phenomenon has only recently gained traction.

The reason behind the increased attention comes from the correlation between oil production capabilities. As a result Professor Hurst, in conjunction with Scottish Universities Environmental Research Centre (SUERC), has conducted studies into natural sand injection and has released findings on how these sand deposits are a source of oil.

What are sand injectites and how do they form?

Sand injections, described as combination of "sandstone dikes and sills", are being viewed by many companies as more than just ‘geological oddities’, but rather an untapped oil source.

According to report by Dr Hurst and contributing experts, exploration and production (E&P) companies "are learning that many oil and gas reservoirs in ordinary depositional sandstones have connections to injectites." The discovery of such injections also revealed that identifying their location and shape "may help pinpoint additional reserves and improve drilling success."

Dr Hurst ‘s research into sand injections began as a result of oil companies, including Chevron, asking him to look into some data on their oil fields in the North Sea and discovering the significance of certain rocks. The origins of these injectites result from fluids that form dikes and sills, which causes sand to flow after it has been buried.

Subsequently, sedimentary rock gets deposited in layers, which are full of water. As this rock gets deeper, it then fluidises the sediment. These fluidised sands start to form when the water pressure intensifies, causing the rock itself to fracture, allowing the sand to flow into these cracks. These areas can form less than two kilometres below the Earth’s surface and are large enough to contain large amounts of hydrocarbons.

In what regions are sand injections predominantly located?

"Many oil and gas reservoirs in ordinary depositional sandstones have connections to injectites."

The North Sea has become the initial location for these injectites, which has made it an area where oil has migrated and generated. As a result, there are many oil fields in the North Sea as a result of the abundance of these sand injectites. These sand intrusions are drilled with boreholes, which can later serve as productive reservoirs. The areas that these injectites are most commonly seen involve locations where rocks were deposited in the "deep ancient oceans", dating back as far as the Jurassic period.

Aside from the North Sea, these injectites are commonly located in North America off the Californian coast. In Africa, some of the most notable nations with oil production capabilities as a result of sand injectites include offshore Angola, Nigeria and Ghana.

Professor Hurst also places offshore India as one of the top prospects for oil development due to sand injections. Further research has also indicated reported occurrences in the Gulf of Guinea and offshore north-west Australia.

Professor Hurst’s research has revealed, several oil fields are located in the North Sea which are connected to features. The first discovery of oil in the North Sea occurred at Balder field in 1967, which had gone through more than 30 years of exploration and appraisal before it began production. In 1969, sand injections were first identified via cores from the exploration of a well, but they were considered to have no significance.

"Areas can form less than two kilometres below Earth’s surface and are large enough to contain large amounts of hydrocarbons."

Since that time however there have been more than 150 sand-injection features, which have been acknowledged in "core, log and seismic data of the Balder field." Deposits in these sand injectites, according to Professor Hurst’s research, "may account for more than 25% of the oil in place in the Balder field." Based on his 2005 data on the North Sea, Hurst estimated that the number of oil barrels that could be attained from the North Sea were around 2.4 billion in just one geological part. However, he adds that in 2013, the number of barrels that could be collected from the same area has most likely increased.

One example of successful oil find by means of sand injectites is the Alba field in the UK section of the North Sea. In 1998, a survey using ocean-bottom cables (OBCs) revealed "wing-like" characteristics. Energy corporation, Chevron, deduced that these features were sand injections and went on to install two wells to drill into the injectite wings. One well produced an estimated 20,000 barrel-per-day (bbl/d). As a result of these discoveries, oil companies, such as Norway’s Statoil and US-based Marathon, have been deliberately searching sand injectite locations rather than discovering them accidentally.

Sand injections from Earth to Mars

"One example of successful oil find by means of sand injectites is the Alba field in the UK section of the North Sea."

If sand injectites can exist in Earth’s subsurface, can it also be present on other planets? According to Professor John Parnell, a geoscientist with the Department of Geology and Petroleum at the University of Aberdeen, this scenario is possible, particularly on Mars.

"Microbial life can live between spaces in sand but the food that sustains these microbes comes from within mud. So the best place for this life to thrive is in the area between a layer of sand and a layer of mud," explains Professor Parnell.

"Our research has revealed this extensive habitat in the subsurface for microbes that we didn’t know for sure was there. This proves it is, and that it’s been there for at least 600 million years," he adds. Furthermore Parnell believes that his research has revealed that microbes may have in fact been present in the subsurface for a minimum of 600 million years. "It can also give us clues as to where life might be living on other planets, because this sort of habitat ought to occur on other planets as well."

As a result, this fuels the growth of micro-organisms. He believes that Parnell’s interest is based on the idea that these sand injectites are a "mechanism by which life can originate and be stimulated."

Gas flaring, the burning off of natural gas, has been identified as a parlous waste of limited fuel reserves that could be worth billions of dollars to local gas markets.

Since the 1990s natural gas has increasingly been the fuel of choice for power plants.