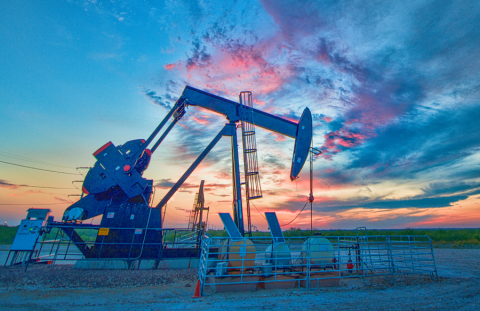 The company will acquire Kinder Morgan’s 50% interest in Ruby Pipeline, 50% stake in Gulf LNG and 47.5% interest in Young Gas Storage. The deal includes $1.012bn of proportionate debt at Ruby pipeline and Gulf LNG, resulting in an equity purchase price of $972m.

The 680-mile 42in-diameter Ruby Pipeline system extends from Wyoming to Oregon and supplies natural gas from the Rocky Mountain basins to California, Nevada and the Pacific Northwest.

The salaries of oil and gas workers in Canada increased by 6% to an average of $130,000 in 2013, according to a survey from global recruiting firm Hays Oil & Gas.

Nearly three-quarters of employers took part in the survey conducted by Hays, which was completed in November. The firm expects their companies to hire more people in 2014 with higher salaries, despite ongoing worries about oil transportation bottlenecks.

Lukoil announced the start of commercial production at the West Qurna-2 oil field in Iraq, reaching the target production level of 120,000 barrels per day (bpd).

The company signed a service contract with the Iraqi government, under which it must maintain the same level of production for the next 90 days to begin receiving a return on its investments.

Drilled on the Akkulka property to a depth of 800m, AKK19 encountered a pay zone twice as thick as AKK15 to the north-west.

The AKK15 well tested at a rate of about seven million cubic feet of gas a day, the equivalent of 1,167 barrels of oil. Tethys expects the AKK19 well to test at a significantly higher rate.

US-based energy firm ConocoPhillips received approval from the US Department of Energy (DOE) to export liquefied natural gas (LNG) from its Kenai Peninsula facility in Alaska to all countries.

The company’s permit was renewed by the US Department of Energy to export LNG from the Nikiski plant.

According to the company, due to concerns about falling gas output in the Cook Inlet region, its previous permit to export LNG lapsed in March 2013. Following the renewed permit, ConocoPhillips will be able to send up to 40 billion cubic feet of LNG overseas over the next two years.

ONHYM will retain a 25% participating interest and Gulfsands will carry all the costs for the exploration phase of the permit. The Moulay Bouchta permit is adjacent to Gulfsands’ existing permits, Fes and Rharb Sud.

The permit spans 2,850km² and represents the remaining prospective acreage in the area, where the existence of a working petroleum system has been confirmed with the discovery and development of three oil fields.

ONEOK Partners completed over $1bn worth of pipeline and processing projects at Oklahoma and Texas in US.

They are part of the company’s previously revealed $6bn to $6.4bn capital-growth programme through 2016.

ONEOK said that Sterling III will be capable of transporting 193,000 barrels a day of NGL products from ONEOK Partners’ facilities in Medford to storage and fractionators at Mont Belvieu. The pipeline moves through Woodford Shale and offers transportation options for NGL production from the Cana-Woodford Shale and Granite Wash. The entire cost for the 540-mile pipeline and reconfigurations to the first two Sterling pipelines is expected to be between $760m and $790m.

Intertek opened a new laboratory in Elmendorf, Texas, US to address its opportunities in the Eagle Ford shale (EFS) market.

The new purpose-built 2,400ft² laboratory is 13 miles south of San Antonio and provides quality control and related technical services to shale oil and gas clients, in addition to support the industry’s growing customer base in the region.