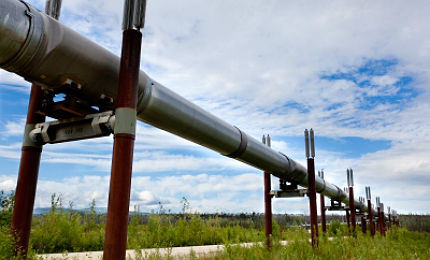 On Monday the 22nd of April, US environment regulator, the Environmental Protection Agency (EPA), criticised the State Department’s environmental impact review of the Keystone XL Pipeline, which will carry Canadian tar sands oil from Alberta to Nebraska.

The EPA asked the State Department to re-evaluate whether rail shipments will be the best alternative to the pipeline, as diluted bitumen or dilbit can be more dangerous to transport through pipelines and could be more harmful than conventional crude if it spills.

Pointing out similar concerns, leading environmental groups have also announced that the Obama administration’s most recent environmental review on the Keystone XL Pipeline has violated the nation’s core environmental law.

Shell to sell its Geelong refinery in Australia

Shell last month announced it will sell its Geelong refinery in Australia, as part of its global strategy to focus investment on large-scale sites.

In April ExxonMobil commenced digging the oiled lawns at the Arkansas neighbourhood, where a crude oil pipeline was ruptured on 29 March 2013, in order to replace them with fresh sod. The Pegasus pipeline is shut for an indefinite period.

The UK’s Department of Energy and Climate Change (DECC) launched a new consultation to review the oil stocking system in the country.

The government has invited industry professionals to voice opinions on whether the present obligation of oil stocking by suppliers is the most effective model or whether it needs an alternative system, such as the centralised stocking agency, which currently exists in other European Union (EU) member states.

The governments of Jordan and Iraq signed an agreement to construct a new double pipeline to supply crude oil and natural gas to Jordan with an investment of $18bn.

Iraq oil ministry’s State Company for Oil Projects director general, Nihad Mossa, was quoted by the The Jordan Times as saying that the Iraqi oil minister has signed the agreement in Baghdad and the deal was sent to and signed by the Jordanian energy minister.

New research identifies fracking as ‘not significant’ cause for earthquakes

Fracking is not an important cause of earthquakes that can be felt on the surface, according to new research published in the Journal of Marine and Petroleum Geology last month.

Researchers from Durham University’s Energy Institute said that the pumping of fracking liquid can reactivate dormant fault lines and that it is not a significant source of tremors, compared to many other human activities, such as mining or filling reservoirs with water, reported the BBC.

The Greek Parliament approved the Intergovernmental Agreement (IGA) between Albania, Italy and Greece, related to the construction and operation of the Trans Adriatic Pipeline (TAP) project.

The IGA between the three countries was signed on 13 February 2013, to provide support and cooperation for TAP and to implement the project on time.

The ratification of the deal will help the TAP to complete the Host Government Agreement (HGA) with Greece.

Royal Dutch Shell said oil theft in the Niger Delta, Nigeria, is costing the country billions of dollars a year in lost revenue, as well as putting tremendous pressure on Shell’s Nigerian staff.

The company also said an increasing number of thefts are significantly impacting the environment.

The Petroleum Safety Authority Norway (PSA) revealed that during an investigation into the hydrocarbon leak on BP’s Ula oil field in the North Sea, it identified serious breaches of the regulations and had ordered the company to conduct a safety review.

According to the safety authority, a hydrocarbon leak on the 12th September 2012 at the platform resulted in around 125 barrels (20 cubic metres) of oil and 1,600kg of gas being leaked.

The PSA investigation found that the leak was caused by the fracturing of bolts that were holding together a valve in a separator outlet.

As the clean up of ExxonMobil’s pipeline oil spill in Arkansas, US, continues, more pictures of the oil soaked streets and wetlands have surfaced.