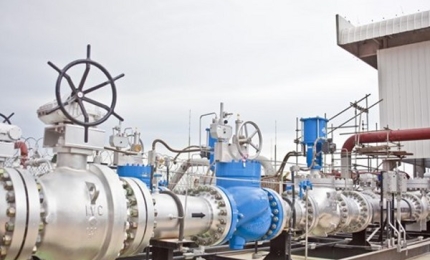 The Ramones II South is a segment of the Ramones natural gas pipeline system energy infrastructure project, extending from the Texas border to central Mexico.

The pipeline, which is expected to cost $1bn, will span 291km from San Luis Potosi to Apaseo El Alto, Guanajuato.

The well was completed in a 2,900ft horizontal section in the Third Bone Spring interval at a vertical depth of 7,400ft in the Delaware Basin.

The well is currently producing on a restricted choke at a rate of 750boepd, of which 90% is oil.

Oil and natural gas firm Parsley Energy agreed to acquire several undeveloped acreage and producing oil and gas properties in the US for around $252m.

Parsley signed agreements in separate transactions with various sellers for the properties, which are situated near the company’s current operating areas in Reagan County, Texas.

Oil and gas production firm Magnolia Petroleum sold 24 smaller stakes in non-core wells located in the US states of Alabama, Florida and Texas.

The sale is part of Magnolia’s ongoing portfolio management of leases covering more than 13,500 net mineral acres in proven US formations.

Pacific Energy Development started drilling the first of three back-to-back wells on its Wattenberg Asset in the US.

The company said the work on the first three wells is on target and the drilling of the second and third wells is due to follow shortly.

Pacific Energy aims to undertake the drilling work from a single pad. The expected gross cost per well is approximately $4.2m.

The deal intends to resolve differences on the performance of the Bolivian natural gas import contract to the Brazilian market.

The agreement clarifies several interpretations of the contract via payments and compensations from one party to the other.

Shell to sell onshore gas assets in Louisiana and Wyoming for $2.1bn

Shell has added acreage in the Marcellus and Utica shale plays in Pennsylvania.

The company is divesting its Pinedale asset to Ultra Petroleum in exchange for $925m in cash and acreage in the Marcellus and Utica oil and gas shale fields in Pennsylvania.

Shell will sell its Haynesville asset in Louisiana to Vine Oil & Gas and its partner Blackstone for $1.2bn.

Located on an 85-acre site in Montgomery, the combined-cycle Patriot generating station is expected to be fully operational in mid-2016.