The Golden Pass LNG export project facilities will include the construction, modification and operation of liquefaction facilities at the existing Golden Pass Export Terminal, as well as supply dock and alternate marine delivery facilities in Texas and Louisiana.

Norway’s energy company Statoil planned to sell some of its non-operated interests in West Virginia, US, to Antero Resources in a deal valued at approximately $96m.

The latest sale is the third in the southern Marcellus within the last two years and follows the announcement made by Antero last month of the acquisition of Southwestern Energy’s interest in the same assets.

Statoil and Antero agreed on the same price that was accepted between Southwestern and Antero.

Williams and Williams Partners signed an agreement to sell their Canadian businesses to Inter Pipeline in a deal valued at C$1.35bn ($1.03bn).

In connection with the sale, Williams will waive $150m of incentive distribution rights in the quarter following closing, in order to aid the company’s consent to the sale in recognition of the value of inter-company contracts.

After considering this waiver, Williams Partners is set to receive net consideration of approximately $817m, while Williams will receive around $209m.


Concho acquired Midland Basin assets in US from Reliance Energy for $1.625bn

Concho Resources signed an agreement to acquire approximately 40,000 net acres in the core of the Midland Basin, US, from Reliance Energy in a deal valued at $1.625bn.

The acquisition will enable Concho to expand its core Midland Basin position to more than 150,000 net acres and production of 30,000 barrels of oil equivalent per day (boepd).

Furthermore, it will add about 40,000 net acres with an average 99% working interest to the company’s core Midland Basin position and improves its drilling inventory with more than 530 long-lateral drilling locations.

The European Union (EU) planned to invest €187.5m in the first Estonia-Finland gas pipeline, which will be known as Balticconnector.

The EU will also support infrastructure that is needed to unite the energy markets. The new pipeline will put an end to the gas isolation of Finland and is set to develop the Baltic regional gas market.

Commissioner for climate action and energy Miguel Arias Cañete said: "Diversifying energy sources and routes, and uniting the energy markets, is at the heart of the Energy Union.

Federated Co-Operatives’ Co-op Refinery Complex in Regina, Saskatchewan, Canada, made plans to install GE’s new water recycling technology for a wastewater improvement project. The project will enable the refinery to clean 100% of its wastewater on-site.

The Co-op Refinery will recycle all of its wastewater for steam production using GE’s ZeeWeed membrane bioreactor (MBR) technology and a reverse osmosis (HERO) system to recycle and reuse two million gallons of wastewater per day.

Federated Co-Operatives refinery operations vice-president Gil Le Dressay said: “Water is a precious resource and our wastewater improvement project allows us to be efficient and sustainable by recovering every drop of water. 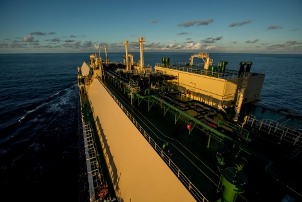 Under the sales and purchase agreement (SPA), ENN will receive up to 0.65 million tonnes per annum (mtpa) of LNG from Chevron’s global supply portfolio for a period of ten years.


PDC Energy agreed to acquire two US companies for $1.5bn

The transaction also includes approximately 7,000 barrels of oil equivalent per day of net production, comprising about 42% oil and 65% liquids. 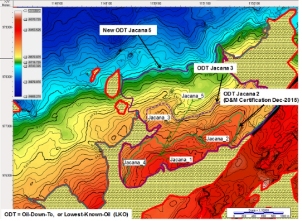 The Llanos 34 block is operated by the company with a 45% working interest.

The Jacana 5 appraisal well was drilled to a total depth of 11,467ft and a test was carried out with an electric submersible pump in the Guadalupe formation.

Gunvor’s existing refining operations are complemented by the modernised Rotterdam refinery, in particular through integration with its existing refinery network in Europe.

The network includes refineries in Antwerp, Belgium, and Ingolstadt, Germany.

The financing was secured from a group of European lenders and oversubscribed by almost 40%.