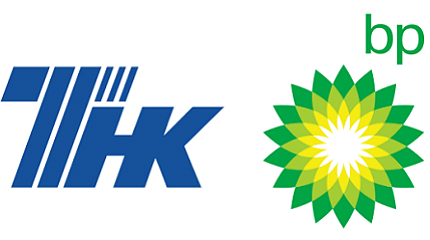 Oil and gas wells not inspected by regulators, say Earthworks

More than 66,000 active wells were not inspected by the Pennsylvania Department of Environmental Protection (DEP) in 2011, according to a new report by Earthworks, a non-profit organization, released in October.

Ceylon Petroleum said in October that it expects to shut its 50,000 barrels per day oil refinery in Sri Lanka for two weeks.

The move comes after the refinery exhausted its supply of mainly Iranian crude oil, which is scarcely in supply due to Western sanctions.

The report notes that the amount of raw materials processed by the country’s oil refineries has fallen by 1.9 times or 3.2 million tons to 3.591 million tons since the start of the year.

Igor Korneev, head of the government relations department at TNK-BP Holding, was detained in October by the Russian Government on suspicion of seeking $6m in bribes to secure government posts.

Korneev had worked in the Irkutsk regional government until June 2012 and offered to sell the state jobs in September 2012.

The head of the UK Department of Energy and Climate Change (DECC) last month said the country may lift restrictions that were imposed on shale gas exploration in 2011.

Edward Davey made the statement in his speech at the Gastech conference in London, saying: "I hope it will prove possible for me to give a green light to shale.

"In principle, I’m all in favour of exploiting new resources. I would welcome as much as anyone a way to boost Britain’s indigenous gas supplies and to reduce energy prices to consumers and businesses alike."

China National Petroleum Corporation (CNPC) started construction in October of a third pipeline in a five-pipeline project to transmit natural gas from the nation’s resource-rich western regions to the energy-starved eastern region.

The new project, estimated to cost $19.7bn to build, will measure 7,378km and is expected to transmit 30 billion cubic metres of gas annually.

Starting from Horgos in Xinjiang, the pipeline will cross ten provinces and autonomous regions, including Xinjiang, Gansu and Ningxia, and will end at Fuzhou, the capital city of Fujian. The pipeline will consist of one trunk line and eight branch lines.

Phillips 66’s 238,000 barrel a day plant in Bayway, New Jersey, US, was shut due to flooding in low-lying areas as a result of Hurricane Sandy.

The storm pushed more than two feet of floodwater into the plant, which was closed as a precaution.

BP agreed a heads of terms deal with Rosneft to sell the company its 50% stake in TNK-BP for a total consideration of $17.1bn and 12.4% of shares in Rosneft.

The company plans to acquire a further 5.66% stake in Rosneft from the Russian Government, subject to approval, for $4.8bn.

BP said signing of the definitive agreements was conditional on the Russian Government’s approval.

While a Pemex pipeline explosion tragically killed 26, four Chevron employees were arrested on corruption charges and Tethys Oil discovered oil in Oman. Hydrocarbons-technology.com wraps up the key headlines from September 2012.

While an explosion in Turkey prompted the closure of an Iraqi pipeline, Shell took over Chevron’s stake in the Browse LNG project. Hydrocarbons-technology.com wraps up the key headlines from August 2012.