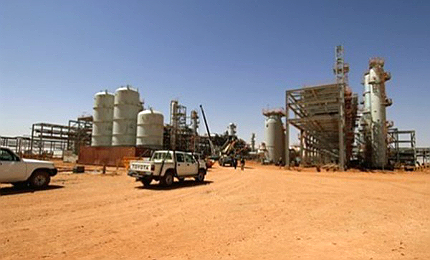 Canada-based oil and gas company Petromanas Energy decided to abandon the Juban-1 well in January due to the insignificant amounts of hydrocarbons found.

The company, which holds a 100% working interest in Blocks A-B of the well, had spent about $6.5m to drill the well.

During the third quarter of 2012 the properties produced 66 million cubic feet equivalent each day, of which 86% is natural gas.

As of 31 December 2011, the South Texas properties have estimated proved reserves of 272 billion cubic feet equivalent, of which 85% is natural gas, and generated about $60m of lease-level income during 2012.

Cavalier Energy confirmed oil reserves at the Grand Rapids formation in its 100% owned in-situ oil sands leases in the Hoole area of Alberta, Canada, through an independent evaluation.

The evaluation showed that the Grand Rapids formation had 93 million barrels of probable reserves, with a net present value of about $379m to Cavalier’s preliminary 10,000 barrel per day in-situ SAGD oil sands development, which covers about two sections of the Hoole Lands.

The formation also included 719 million barrels of economic contingent resources, with a net current value of $1.949bn to the remaining about 54 sections of Cavalier’s Hoole Lands.

In January Iran announced it is planning to build a new pipeline across the Iraq-Syria border in order to provide gas to three gas-burning power plants in neighbouring countries.

The new 56in gas pipeline, which is called Friendship, will start from Assaluyeh, include onshore installations at the South Pars Gas Field and reach the Iran-Iraq border.

Islamist militants attacked the In Amenas gas field in Algeria on 16 January, killing one Briton and an Algerian and holding at least 20 western contractors hostage.

A standoff between the militants and Algerian troops ensued the same night at the Statoil, BP and Sonatrach joint venture gas facility. The attack was believed to be in response to France’s military intervention in nearby Mali.

The death toll of a four-day siege at the In Amenas gas field on 17 January in Algeria, five days after the original attack, was said to be about 70 people, making it one of the worst international hostage crises in decades.

By the end of the siege at least 39 foreign hostages were killed, six of which were British, along with an Algerian security guard and 29 militants.

During the siege, when the militants were driven from the residential barracks, around 700 Algerian workers and more than 100 foreigners managed to escape; however, a number of captors remained in the industrial complex until Saturday.

Major M&A activities that took place in the second half of 2012 include the transactions between Rosneft and TNK-BP, CNOOC and Nexen and Freeport and Plains, where the total spend was $138bn.

According to Wood Mackenzie, the three largest transactions of the year were Rosneft’s purchase of TNK-BP for $58bn, China National Offshore Oil Corporation’s (CNOOC) acquisition of Nexen for about $18.5bn and Freeport’s acquisition of Plains E&P for $17.2bn.

Rise in unconventional oil and gas exploration boosted US economy

The rise in unconventional oil and gas exploration added $62bn to the US federal and state treasury in 2012 and created nearly 1.7 million jobs, according to a study published by IH in January.

The report is mainly focused on the impact of unconventional energy (shale gas and tight oil) on the world energy markets, automotive and chemical industries, as well as on the improving manufacturing competitiveness in the US.