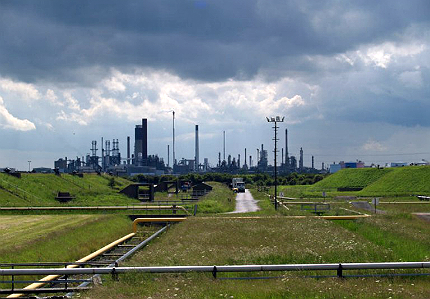 Norwegian energy company Statoil has launched a security and emergency preparedness unit in response to the January attack by Islamist militants on its In Amenas gas plant in Algeria.

The new Statoil head of security is Helga Nes, a long-time official of the company.

She said: "Since the attack on In Amenas we have deepened our dialogue with various governments, including the Norwegian and the Algerian, to increase our understanding of the threats and risks we are facing and our ability to mitigate the risks."

Development and Production International (DPI), a security firm employed by the company, has doubled its staff since 2012.

Russian state-controlled oil company Rosneft is planning to sign a deal to supply oil to China. The deal is worth approximately $60bn, according to Russian President Vladimir Putin.

Putin, during a meeting with Chinese Vice Premier Zhang Gaoli, said he anticipates a good relationship between Chinese and Russian gas companies Novatek and Gazprom.

The proposed deal is part of Rosneft’s promise to increase oil supplies to China, which the energy firm announced in March.

Iraqi Kurdistan is planning to construct a new oil pipeline by the end of September, capable of transporting to Turkey approximately 300,000 barrels per day (BPD).

The new pipeline will be connected to the Kirkuk-Ceyhan pipeline at the Fishkhabur pumping station near the Turkish border and will carry oil to the country’s southern port of Ceyhan to be shipped to international markets.

Kurdistan Energy Minister Ashti Hawrami told Reuters that the capacity of pipeline exports will increase to around one million BPD by the end of 2015, and two million BPD by 2019, following further construction of new pumping stations.

Petronas plans to invest $20bn in LNG project in Canada

Petroliam Nasional (Petronas) is planning to invest around $20bn in its liquefied natural gas (LNG) export project in west Canada.

The company is planning to invest in the project to meet growing demand for petroleum products in Asia.

Malyasia-based and state-owned Petronas has acquired the export terminal in British Columbia, which will be built from scratch, as part of its acquisition of Canada-based Progress Energy Resources, for $5.2bn in December 2012.

A new report from Australian Council of Learned Academies (ACOLA) has stated that Australia contains around 1,000 trillion cubic feet of untapped shale gas, but requires effective environmental regulations and reduction in costs to exploit the resource effectively.

The report, ‘The Engineering Energy: Unconventional Gas Production’, found that exploration of gas deposits in the country is not cost-effective in most cases and is expected to emit higher carbon ratio than standard gas.

According to the report, shale gas infrastructure costs in the country will double and require a high price to make it profitable.

BP, ExxonMobil and ConocoPhillips to make investments in Alaska

BP, ExxonMobil and ConocoPhillips are planning to invest an additional $1bn in the next five years on the North Slope of Alaska, after being encouraged by Alaska’s new industrial oil tax policy, reports Polar Petroleum.

The new tax system has been prepared to abolish the structure of raised tax rates, which are contributing to higher oil prices.

The transaction comprises assumption of $9.7bn of PXP debt and the payment of about $3.3bn in cash and issuance of about 91 million shares of FCX common stock, which is equal to $2.9bn.

As part of the deal, FCX acquires oil production facilities in California, a growing production profile in the onshore Eagle Ford trend in Texas and large onshore resources in the Haynesville natural gas trend in Louisiana.

BP has completed the sale of its Carson refinery and related logistics and marketing assets in California, US, to Tesoro for about $2.4bn.

The transaction includes payment of $1.075bn in cash and an estimated $1.35bn for inventory at market value and other working capital.

The Carson refinery has crude distillation capacity of 266,000 bpd and processes crude oil from Alaska’s North Slope, the Middle East and West Africa.