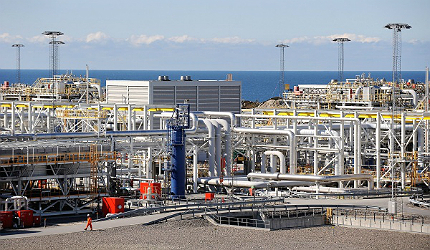 The pipeline will start from El Encino, Chihuahua, and terminate in Topolobampo, Sinaloa, the company said on 5 November.

Under the terms of the contract commissioned by Comisión Federal de Electricidad (CFE), Transportadora de Gas Natural del Noroeste will build, own and operate the Topolobampo Pipeline.

Also in November, the Algerian Government said it will increase its shale gas production to meet growing demand in the domestic market.

A BP statistical review of energy report revealed that all of Algeria’s production will be used locally from 2019.

Algeria intends to introduce a new hydrocarbons bill in parliament that will encourage the exploration of unconventional gas and oil resources, reported AFP.

Iraq has the potential to dominate energy production in the Middle East within 18 years by rapidly developing its oil and gas infrastructure, according to a poll of oil and gas professionals.

"Iraq has the potential to dominate energy production in the Middle East."

The poll, conducted in November at the ADIPEC Exhibition and Conference in Abu Dhabi, showed that 65% of participants believe that Iraq can develop its energy infrastructure quickly enough to take a lead in the Middle East’s total output by 2030.

But 35% of professionals at the event said that inadequate facilities, a disadvantaged economy and under-developed regulatory framework could stop Iraq’s oil and gas industry from making progress.

"On the up side, the company reported a 13% volume increase in oil and natural gas liquids production."

Independent energy company Milagro Oil & Gas posted a net loss of $21.5m for the third quarter, compared to a net income of $25m for the same period last year.

The company said net income decreased by $2.9m, owing to a decline in natural gas sales and increased operating costs.

On the up side, the company reported a 13% volume increase in oil and natural gas liquids production to three million barrels of oil per day for the third quarter of 2012, compared to the same period last year.

Norway-based Statoil has signed a ten-year gas sales agreement with Wintershall to supply 45 billion cubic metres of gas to markets in Germany and north-west Europe.

Under the agreement, gas will be supplied from the Norwegian Continental Shelf through an existing pipeline, and most of the deliveries will go to Germany, the second largest gas market in Europe.

Pricing of gas will be based on competitive terms related to German and NW European hubs.

In the report, Dr Wright said that suspension on hydraulic fracturing is "not justified".

Commenting on the report in November, Straterra CEO Chris Baker said that Dr Wright has provided an essential and common-sense approach to the hydraulic fracturing debate.

While BP and Rosneft were busy negotiating a $17.1bn deal for TNK-BP, Hurricane Sandy closed several US refineries and China began work on a $19.7bn gas pipeline.