Enbridge to acquire US company Spectra Energy for $28bn

The combination of these two companies is expected to create a new energy infrastructure company in North America, to be known as Enbridge, which will have an enterprise value of approximately C$165bn ($127bn).

Petróleo Brasileiro (Petrobras) approved the sale of 90% shares of its Nova Transportadora do Sudeste (NTS) natural gas business division to Canadian-based Brookfield Infrastructure Partners (BIP) and its affiliates for $5.19bn.

The unit was created in accordance with the statement of commitment signed with the National Agency of Petroleum, Natural Gas and Biofuels (ANP).

In the statement, Petrobras proposed to restructure its wholly owned subsidiary Transportadora Associada de Gás (TAG) to create a single gas transportation company in South East Brazil (NTS) and another in the North and North East (TAG).

These projects make about 95,000 barrels per day (bpd) of production. The proposed developments will also fall under the new oil sands 100 megatonne greenhouse gas emissions limit, which was announced with Alberta’s climate leadership plan.

Statoil completed the previously announced sale of its non-operated interests in West Virginia, US, to Antero Resources in a transaction valued at $96m.

As part of the transaction, the company sold approximately 11,500 net acres with an average working interest of about 19% across Wetzel, Tyler and Doddridge counties.

Statoil said in the Marcellus it will retain its operated properties Ohio, US, and around 350,000 net acre non-operated position.

As part of the agreement, 7G has also acquired a minority stake in Steelhead LNG and funded the deal using capital designated to support its market access initiatives.

7G CEO Pat Carlson said: "Our development agreement with Steelhead LNG marks a preliminary step among a number of market expansion opportunities that we are looking to develop.

The refinery is operated by ENOC’s subsidiary ENOC Processing Company (EPCL) and its capacity is planned to be expanded by 50%.

The project will be managed by the group’s operating centre in Rome, Italy. KBR provided the front end engineering design, while the licensor technology has been provided by UOP, Axens, and KT. 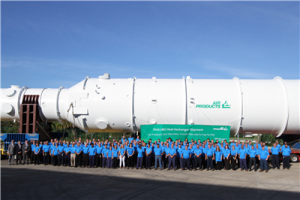 The heat exchanger was transported from the company’s facility directly onto the property of Port Manatee, where it will be loaded on a barge and shipped to a customer for a LNG project along the US Gulf Coast.

Air Products LNG director Jim Solomon said: “As the world’s energy needs continue to increase, demand for cleaner energy is at the forefront, and natural gas is the cleanest of all the fossil fuels. 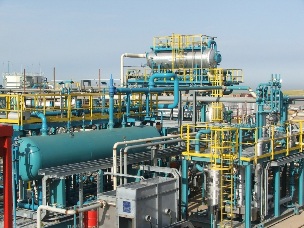 Located in the Assam-Arakan basin, the field covers a development area of 110km² in north-eastern India, close to the town of Digboi.

Under the contract, Expro will provide the design, engineering, construction and transportations services, in addition to installation and commissioning of a modular gas processing plant.

Cheniere Energy completes Train 2 of Sabine Pass project in US

The company’s EPC partner Bechtel Oil, Gas and Chemicals is handing over the control of Train 2.

As part of an agreement with Gas Natural Fenosa LNG GOM (GNF), date of first commercial delivery (DFCD) for the train is expected to occur in August next year, following which the 20-year term of the agreement will begin.

The Public Utilities Commission of Ohio (PUCO) in the US has authorised Dominion East Ohio to continue its $4bn pipeline infrastructure replacement (PIR) programme and recover the associated costs for another five-year period till 2021.

Launched by Dominion in mid-2008, the 25-year PIR programme involves the replacement of more than 5,500 miles of the company's 22,000-mile pipeline system.