The petrochemical refining and distribution segment accounted for the majority (56.1%) of the company’s revenues in 2017, at approximately RMB1.32t ($203bn).

The segment witnessed a boost in revenue due to the rise in crude oil prices and increased sales volume of natural gas.

Sinopec emerged fifth in the 2018 Most Valuable Chinese Brands List, which was released at the second China Brand Development Forum that was held in May 2018 by the State Administration of Market Supervision and Management of China.

The company’s main brands EPEC, Great Wall Lubricant and Easy Joy made it to the top 50 of the Top 100 China Brand Value Evaluation List in the energy and chemical industry.

China Petroleum & Chemical Corporation, also known as Sinopec Group, is an energy and chemical company based in Beijing.

The downstream business, which includes supply of fuel and lubricants to various industries, was the biggest contributor to the company’s revenues in 2017, accumulating a total of $268bn.

Shell simplified its upstream portfolio by divesting its North Sea assets in the UK to Chrysaor for $3.8bn in 2017. 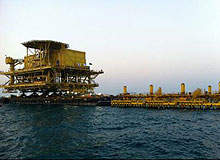 Shell also announced the start-up of several key projects, including the Lula and Libra offshore oilfields along with the third train of the Gorgon LNG facility.

Netherlands-based Royal Dutch Shell is an oil and gas company that is primarily focused on the exploration, development, production, refining and marketing of oil and natural gas, as well as related chemicals.

It operates in more than 70 countries worldwide and produced more than 66 million tonnes (Mt) of LNG in 2017.

Global energy firm China National Petroleum Corporation (CNPC) witnessed a 7.2% year-on-year decrease in revenue to $269bn in 2016 due to the low oil and gas prices at that time.

The company is the only entry on the list not to have declared 2017 revenues.

A major portion of CNPC’s revenue is contributed by PetroChina, which recorded $309bn worth of revenue in 2017.

Its domestic and international oil and gas production totalled 259.63Mt of oil equivalent the same year.

CNPC operates an oil and gas pipeline infrastructure spanning 81,200km and is recognised as one of the biggest petrochemical companies in China.

It currently operates oil and gas projects in 35 countries worldwide with a workforce of approximately 1,463,700.

Strong operating performance from both Upstream and Downstream segments helped surge BP’s 2017 revenue by 31% from $183bn in 2016.

The company witnessed a 12% increase in upstream production and a 24% increase in underlying profit from downstream earnings in 2017 compared to the previous year.

It transported a total of 1.5bn barrels of oil equivalent during the same year.

The company produced 15.3Mt of petrochemical products in 2017 and reported a refinery throughput of 1.7 million barrels a day.

Its proven hydrocarbon reserves amounted to 18.44 billion barrels of oil equivalent as of the end of 2017.

BP is headquartered in London, UK, and provides customers with energy products and services relating to oil, natural gas, petrochemicals and power.

The company operates with 74,000 employees across 70 countries worldwide.

Its business segments include Upstream, Downstream, Rosneft, and other businesses.

BP started seven major projects within its Upstream segment during 2017.

The increase in revenue was primarily driven by its upstream and downstream activities.

It sold 5.5 million barrels of petroleum products a day and 25.4Mt of chemical products in 2017.

The company’s refinery throughput stood at 4.29 million barrels a day as of the end of 2017.

ExxonMobil is a US-based international oil and gas company engaged in oil and gas operations.

The company markets oil and gas products within six continents and possesses an employee base of roughly 70,000.

It acquired a 25% stake in the Area 4 block in Mozambique and acquired the InterOil Corporation in 2017.

Vitol Holding BV’s annual revenue in 2017 was boosted by the rising oil prices along with crude oil and product trading, which increased year-on-year to 3.6 million barrels a day, or 178Mt.

Vitol Holding shipped 349Mt of crude oil, gasoline and diesel in 2017, nearly unchanged from 351Mt a year before, at an average of seven million barrels a day.

The company witnessed a continuous expansion of its midstream and downstream portfolios in Africa, Europe and Eurasia in 2017.

It also took over the Noble Americas Corporation from the Noble Group in January 2018.

Total’s hydrocarbons production increased by 5% to 2.56 million barrels of oil equivalent (Mboe) a day in 2017, primarily due to an increase in production and new start-ups.

The company managed 15.6Mmt of LNG volumes in 2017. Its refinery throughput was down by 7% in 2017 compared to the previous year, while its refining capacity in the year stood at 2.02 million barrels a day.

France-based Total operates in more than 130 countries with a workforce of approximately 98,000.

Its activities include oil and gas production, refining, petrochemicals, sales and marketing.

Total is the second biggest refining company in Western Europe and holds equity stakes in 18 refineries.

Chevron’s revenue in 2017 was driven primarily by its upstream business segment.

Chevron produced 6,032 million cubic feet of net natural gas in 2017 and the company’s net proven reserves at the end the year amounted to 11.7 billion barrels of oil equivalent.

The company’s acreage in the Permian Basin amounts to approximately 2.2 million net acres as of December 2017, while its Permian Basin unconventional production stood at an average of 181,000 net oil equivalent barrels a day.

Chevron is a US-based integrated energy firm that operates two main business segments, Upstream and Downstream, with a workforce of roughly 48,000.

The company’s activities include the exploration, production and transportation of crude oil and natural gas, and the refining and distribution of fuels and lubricants, as well as the manufacture and sale of petrochemicals and additives.

International energy company Gazprom reported revenue of $113bn, which was attributable to the growth in production of crude oil and gas condensate, in addition to the sale of refined products and transportation of gas.

The company’s gas reserves as of the end of 2016 were 36.44 trillion cubic metres of gas, while its gas condensate and oil reserves amounted to 1.53 billion tonnes and 2.07 billion tonnes respectively.

Gazprom is the biggest producer and exporter of liquefied natural gas in Russia.

It employs 237,400 people across its businesses, which include the exploration, production, transportation, distribution, storage and sale of natural gas, along with the processing of oil and gas, sale of refined products and power generation.

Rosneft achieved a 2% year-on-year growth in revenues in 2017.

The company’s hydrocarbons production rate increased by 0.3%, while its oil refining capacity increased by 12.5%.

The acquisition is expected to strengthen the company’s oil and gas production portfolio.

The acquisitions are anticipated to improve Rosneft’s refining capacity and grant the company access to new markets.

Rosneft is a Russian oil and gas company involved in the exploration, production and marketing of oil and gas.