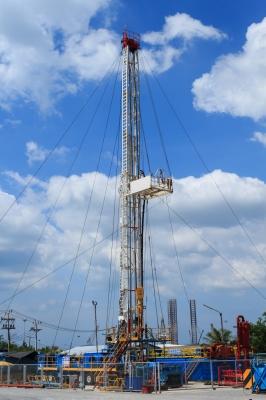 Europa Oil & Gas has announced that drilling on the Wressle-1 conventional exploration well on the PEDL 180 licence in Lincolnshire is anticipated to commence in July.

The PEDL 180 licence covers an area of 100km² of the East Midlands Petroleum Province, south of the Europa-operated Crosby Warren field. The prospect is estimated to have 2.1 million barrels of un-risked recoverable resources.

Europa Oil & Gas has a 33.3% working interest in the licence, while operator Egdon Resources has a 25% stake. The other partners are Celtique Energie with 33.3% and Union Jack Oil with an 8.3% stake.

Europa Oil & Gas CEO Hugh Mackay said that Wressle is the first of two conventional wells the company will be drilling in onshore UK this year, the other being Kiln Lane on PEDL 181.

"Combined, these two wells are targeting an estimated 5 million barrels of mean gross un-risked recoverable resources, and each has a one in three chance of materially adding to our existing UK production," Mackay added.

In a separate statement, Union Jack Oil said that drillsite construction works will start on its Burton on the Wolds-1 conventional well at the PEDL201 licence in June 2014, with drilling anticipated to commence after completion of Wressle-1 drilling.

The company said that the gross mean prospective resources for the target objectives on the Burton on the Wolds-1 site, which is also partly owned by Egdon, as calculated by Molten is 4.83 million barrels of oil.

Union Jack also said it aims to be active in bidding for certain interests during the 14th Onshore UK Licensing Round, which is anticipated to be announced by the Department of Energy and Climate Change later this year.

Image: Drilling on the Wressle-1 conventional exploration well is anticipated to begin in July. Photo: courtesy of suwatpo/ FreeDigitalPhotos.net.