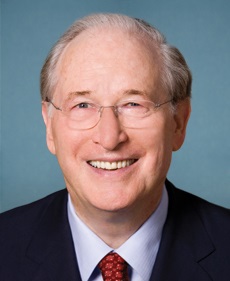 The US Senator for West Virginia Jay Rockefeller has introduced a bill to encourage the use of captured carbon dioxide for enhanced oil recovery (CO2-EOR).

The bill will also establish periodic reviews of carbon dioxide sequestration credit under Section 45Q of the federal tax code. It will provide the US Treasury Secretary authority to ensure that new tax credits would be revenue-positive to the federal government over time when taking into account the revenue produced from increased oil recovery resulting from the credit compared with tax revenue lost from credits being claimed.

The National Enhanced Oil Recovery Initiative (NEORI), which is a coalition of industry executives, environmental groups, labour representatives, and state officials, welcomed the introduction of the bill. According to the NEORI’s analysis, the expansion and reform of an existing federal tax incentive could help produce an additional 8 billion barrels of US oil over the next 40 years, while safely storing 4 billion tonnes of carbon dioxide underground.

Center for Climate and Energy Solutions president Eileen Claussen said that carbon capture and storage is a critical technology to cut carbon emissions while coal and natural gas remain part of our energy mix.