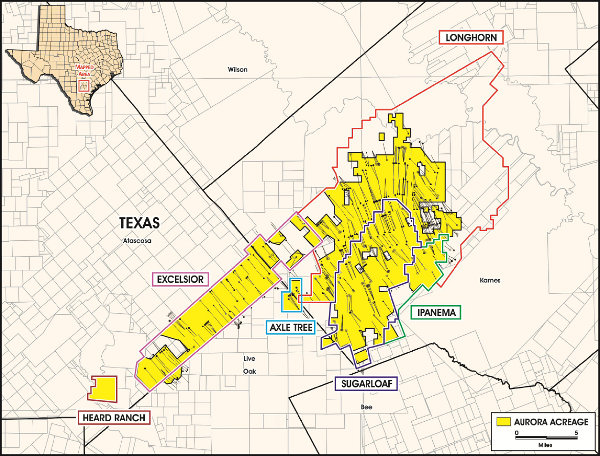 Canadian firm Baytex Energy has signed an agreement to acquire 100% of the shares of Aurora Oil & Gas for approximately C$2.6bn.

Baytex Energy president and chief executive officer James Bowzer said the company will acquire premier acreage in the core of the Eagle Ford shale oil play in the US.

"The Eagle Ford play provides not only exposure to light oil, but also to Gulf Coast crude oil markets with established transportation systems. A portion of the produced crude oil benefits from Louisiana Light Sweet based pricing, which currently trades at a premium to WTI," Bowzer added.

According to Baytex, the primary Aurora asset is 22,200 net contiguous acres in the prolific Sugarkane field that is largely delineated with infrastructure in place and located in South Texas in the core of the liquids-rich Eagle Ford shale.

Baytex noted that the acquisition will give Baytex exposure to a world-class oil resource play and will maximise the scale and diversity of production.

Upon closing the acquisition, Baytex will have three of the highest rate of return projects in North America in the Peace River oil sands, Lloydminster heavy oil and the Eagle Ford.