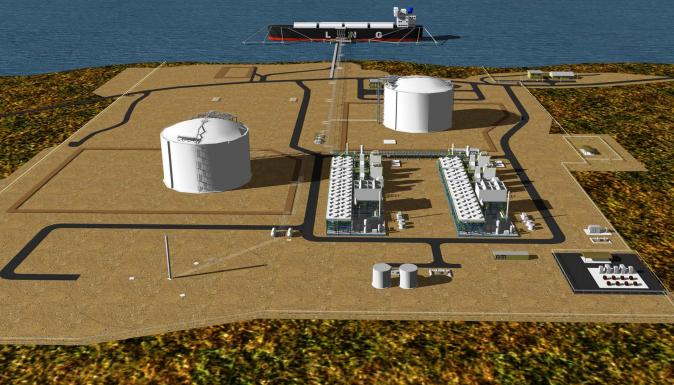 Bear Head LNG, a unit of Australia based Liquefied Natural Gas has secured approval from Nova Scotia Department of Environment of Canada to build an eight mtpa LNG export facility in Point Tupper.

The approval is the last among the ten initial federal, provincial and local regulatory approvals required by the firm for setting up the facility.

Nova Scotia Department of Environment has approved the project with 32 terms and conditions, asking the company to address concerns related to greenhouse-gas emissions, noise and potential impacts to wildlife, water, wetlands and transportation.

The company will also have be form a community liaison committee that includes municipal, Mi’kmaq and public representation.

"Receiving Nova Scotia Environment’s approval is a significant step in the development of Bear Head LNG."

The firm would need to wait for around 18 months for some of these approvals in case they are not secured in advance or kept active.

"With this achievement, Bear Head LNG is now advancing from the initial permitting phase to start actual execution of the project."

KBR, which is aware about the local site, is also leading the KBR/SKEC joint venture for the FEED project and EPC contract for Magnolia LNG.

Godbold said: "We are excited to embark on the FEED phase of the project with KBR, a well-credentialed partner in the continued development of the Bear Head LNG export facility.

"Integration of KBR’s prior FEED work for Bear Head LNG and the Magnolia LNG FEED will enable the Bear Head LNG project to be fast tracked toward a potential 2016 Final Investment Decision and initiation of construction."

The project had received environmental assessment approval as an import facility in 2004, under its previous owner and the approval has been transferred to Bear Head LNG in 2014.