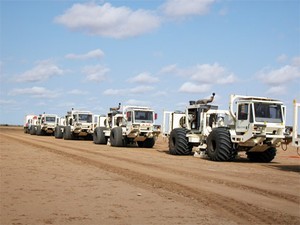 Geophysical company BGP Kenya has been awarded a contract by ERHC Energy Kenya to conduct a 2D seismic survey at Block 11A in northwestern Kenya.

ERHC said that the seismic survey is expected to commence in early spring.

BGP was selected from a shortlist of several companies for conducting the survey of around 1,000 line km in the block in compliance with the company’s work programme.

Enabled by ERHC’s recently completed FTG survey of the block, the survey will be premised on structural mapping of prospective basins.

The FTG survey covered around 14,944 line km of the block according to ERHC.

Block 11A is located to the northwest of the Lokichar basin. It contains the significant Ekales-1, Ngamia-1 and Twiga South-1 oil discoveries.

A Houston-based independent oil and gas company, ERHC Energy is focused on high-impact exploration in Africa and the development of undeveloped and marginal oil and gas fields.