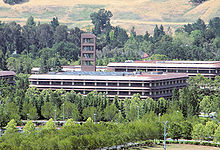 Four employees of Chevron Pacific Indonesia, a subsidery of US oil and gas group Chevron, have been detained by government authorities over alleged corruption concerning an environmental remediation project in Sumatra, Indonesia.

The environmental remediation project in the oil-rich Riau province was set up to remove toxic substances secreted into the soil after drilling by Chevron.

The Indonesian attorney-general’s office alleges that the project has not been carried out properly and contractors were not appointed in the correct manner.

The project’s environmental manager of and two independent contractors were arrested, highlighting the scope of the legal and regulatory climate facing international oil and gas companies in Indonesia.

Indonesian attorney-general’s office spokesman said, "The investigation team has found sufficient evidence that the case has caused state losses, so they were arrested, and will be held for 20 days initially."

Chevron said it was concerned that, "This issue is not being administered within the oil and gas industry regulatory framework and the state auditing process."

Chevron also said it is deeply concerned by the detention of its employees and reiterated that it operates a rigorous bid tendering process, and covered all costs of the remediation work for the project.

The company may be able to recover some of the costs of the project from Indonesia’s upstream oil and gas regulator, BPMigas, however uncertainty of the recovery process remains.

BPMigas spokesman said the Chevron remediation project has been approved by the regulator and the environment ministry and it has also allocated funds for the potential reimbursement of Chevron’s costs although the amount has not been disbursed.

"We need to wait for the final conclusion from the court," said the spokesman.