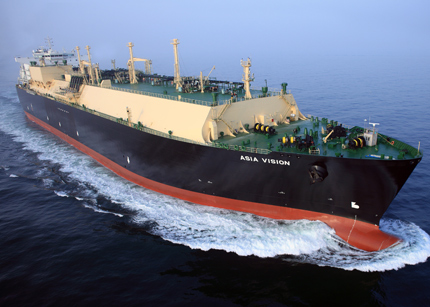 The Australian subsidiaries of Chevron have signed an agreement to supply liquefied natural gas (LNG) to China-based ENN LNG Trading (ENN) for ten years from the Gorgon project.

Upon finalisation of the deal, ENN will receive up to 0.5 million metric tonnes per annum (MTPA) of LNG beginning in 2018 or the first half of 2019.

Chevron midstream and development executive vice-president Mike Wirth said: "This is one more step in the development of our Australian gas business and our global LNG portfolio."

"As first LNG production from the Gorgon project draws near, we welcome ENN as a new customer."

The project will involve the development of the Gorgon field as well as the nearby Jansz-Io field and a LNG plant with three processing units on Barrow Island. The units would be capable of producing 15.6 MTPA of LNG.

"This deal shows the competitiveness of LNG supply from Chevron’s Australian projects."

The latest agreement follows the company’s recently signed agreement with China Huadian Green Energy for the supply of up to one MTPA of LNG for over ten years starting in 2020 from the Gorgon and Wheatstone LNG projects.

ENN LNG Trading, a subsidiary of ENN Energy, is constructing the Zhoushan LNG receiving terminal, which is expected to be operational by 2018.

Chevron’s Australian subsidiaries are also developing the Wheatstone project in the Pilbara region of Western Australia, which will have an initial capacity of 8.9 MTPA of LNG.

Image: Chevron will deliver LNG to ENN from the Gorgon project for a ten-year-period. Photo: courtesy of Chevron Corporation.