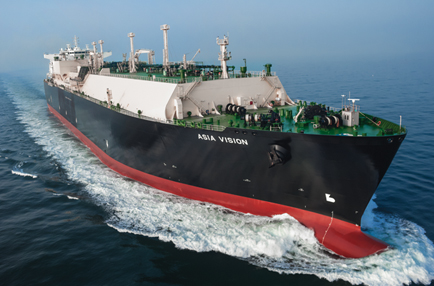 Chevron has agreed to sell liquefied natural gas (LNG) from its $54bn Gorgon project in Australia to SK LNG Trading.

SK LNG Trading, a subsidiary of South Korea-based SK Group, will receive 4.15 million tonnes of LNG over a five-year period commencing in 2017.

Chevron said 75% of its LNG from Gorgon project would be committed to customers in Asia during the agreement’s period.

"We are pleased with the opportunity to supply LNG to SK and look forward to building lasting relationships with our customers in the region as the Gorgon and Wheatstone projects move into operations."

Chevron Australia managing director Roy Krzywosinski said: "We are pleased with the opportunity to supply LNG to SK and look forward to building lasting relationships with our customers in the region as the Gorgon and Wheatstone projects move into operations.

"SK joins our existing strong LNG customer base and demonstrates the Chevron-led Gorgon and Wheatstone projects are well-placed to meet the growing demand for natural gas in the Asia-Pacific region."

The Gorgon project is a joint venture of the Australian subsidiaries of Chevron, ExxonMobil, Shell, Osaka Gas, Tokyo Gas and Chubu Electric Power.

It combines the development of the Gorgon field and the nearby Jansz-Io field.

Facilities being constructed on Barrow Island include a LNG facility with three processing units capable of producing 15.6 million metric tonnes of LNG per year.

Plans also include the construction of a carbon dioxide injection project and a domestic gas plant.

Chevron said the Gorgon project is now 87% complete. All LNG Train 1 and common modules needed for initial gas are on their foundations and work is continuing on their connections.

Delivery of modules for Train 2 is also continuing with 11 of the 17 modules on their foundations.