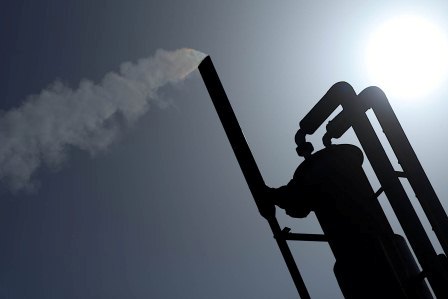 UAE-based Dana Gas said that it has processed a combined 12,340t of propane (10,500t) and butane (1,840t) in the first three months at its Egyptian Bahrain Gas Derivatives (EBGDCo) natural gas liquids (NGL) extraction plant at Ras Shukheir in Egypt.

The plant, which commenced commercial operations on 1 October 2012, produced gas at an average flow-rate for the quarter at about 75 million standard cubic feet per day, with recovery rates of 98.9% and 99.9% respectively.

Dana Gas has achieved total additional revenue of $7.7m, from NGL sales so far, of which the company used $2.8m to pay back the first instalment of the project’s development financing.

Dana Gas executive director and acting CEO Rashid Al Jarwan said that the company is looking ahead to 2013, as the project moves towards a fully operational plant and the flow-rate increases from nearby gas fields.

"This project also provides strong validation of our strategy of continued focus and work on our Egyptian assets," added Jarwan.

EBGDCo now has to finalise the design and testing programmes on the plant’s gas flow-rate, which is being conducted by Exterran, while it has completed all outstanding project items related to the plant.

Upon completion of the testing, the plant will become operational and produce about 120,000t of propane and butane from a gas stream of 150 million standard cubic feet per day.

Once gas is received from gas fields in and around Ras Shukheir area, feed gas rate is expected to gradually increase.

The project has been built at an overall cost of about AED460m ($125m), of which AED318m ($86m) was funded through project finance and AED105m ($28m) of equity, while the remaining will be funded through internal revenue.

The company has contributed AED28m ($7.6m) as its share of equity.

Dana Gas holds 26.4% interest in EBGDCo, through its 66% ownership of Danagaz Bahrain.

The remaining shareholders in the project include Egyptian Natural Gas Holding Company (EGAS) with 40% interest and Arab Petroleum Investments (APICORP) with 20% interest.

Image: Dana Gas has processed a combined 12,340t of propane and butane in first three months, after starting operations at its NGL plant in Ras Shukheir, Egypt. Photo: Courtesy of Dana Gas.