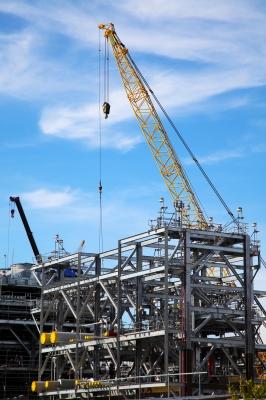 Drilling is set to commence immediately at the South Malak-2 exploration well in Egypt.

The operator of the West Esh el Mellaha production sharing contract (WEEM-2 PSC), onshore Gulf of Suez, has advised Aminex on the move.

The South Malak-2, which is targeting the prolific Nubia and Matulla sandstones, is the first of two planned wells in the programme.

The WEEM 2 PSC, which covers 996km² in the onshore Gulf of Suez region, is adjacent to Lukoil’s WEEM-1 producing oil field.

It is producing similar formations being targeted by South Malak-2 and Wadi Kofra-1 exploration wells.

Aminex CEO Jay Bhattacherjee said: "As a carried interest partner, the imminent spudding of the South Malak-2 well and further drilling of Wadi Kofra-1 are a positive step in moving the WEEM-2 PSC forward.

"Aminex has a 10% interest in the wells through its 12.5% stake in its associate Aminex Petroleum Egypt (APEL)."

"The focus remains on Tanzania, where the GSA is awaiting final completion and production is expected in H1 2015."

Aminex has a 10% interest in the wells through its 12.5% stake in its associate Aminex Petroleum Egypt (APEL).

APEL owns 80% stake in the WEEM-2 PSC and other shareholders in APEL will bear the company’s share of exploration through to initial commercial discovery of oil and gas.

Africa-focused oil and gas firm Aminex has an asset base with proven large resource potential and a route to monetisation in 2015.

Image: The drilling of the South Malak-2 will be followed by the Wadi Kofra-1 well by the end of 2014. Photo: courtesy of suwatpo / FreeDigitalPhotos.net.