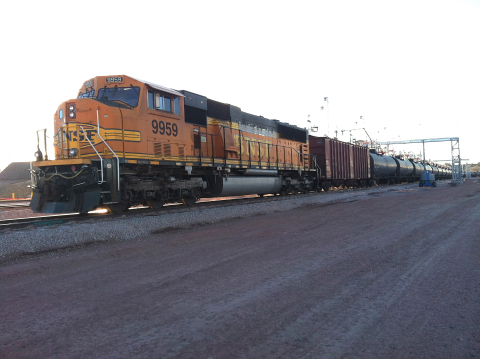 Terminal operator SST will provide all operations and logistics at the facility, including the hiring and training of all personnel, rail integration and other logistics such as facility maintenance as well as infrastructure inspection.

The company, which employs more than 20 at the terminal at present, plans to increase to a total of 60 employees in 2014.

Strobel Starostka Construction served as the oil firm’s design build partner for the project, breaking ground on the facility in May.

With an initial throughput capacity of up to 80,000 barrels per day, the rail terminal includes two designated loading tracks with separate racks, allowing loading of two trains simultaneously with the same or different crude types.

SST and Strobel Starostka Construction chief executive officer Steve Strobel said: "Because this terminal has been designed to handle multiple crude types, we are confident in its long-term viability, something we are very excited about."