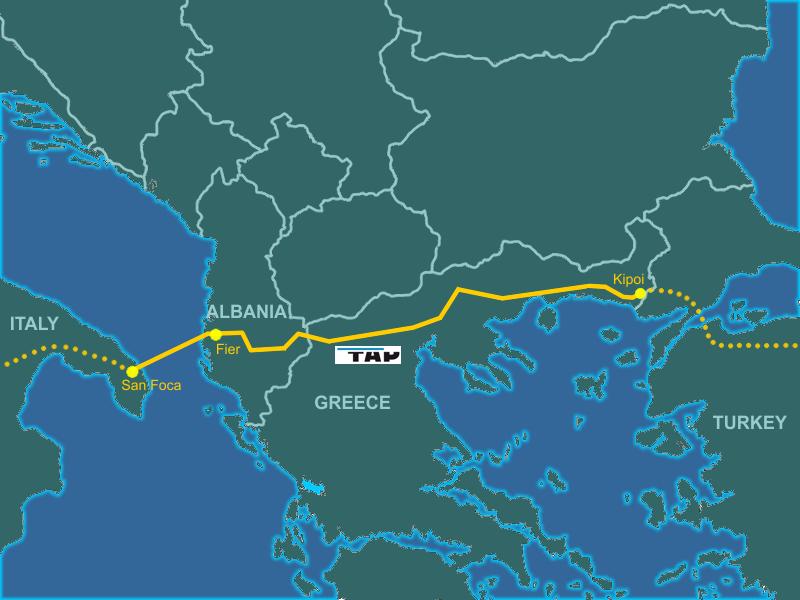 The European Commission has approved a deal between Greece and Trans Adriatic Pipeline (TAP), which will allow the new gas pipeline to enter Europe.

The commission found the deal is in line with EU state aid rules and the project will improve the security and diversity of EU energy supplies.

"The investment incentives offered by the Greek Government are limited to what is necessary to make the project happen and in compliance with state aid rules."

TAP, which is 878km long, will have an initial capacity of 10 billion m³ of gas per year and is the European leg of the Southern Gas Corridor.

The pipeline running from the Greek border through Albania to Italy, under the Adriatic Sea will transport gas from the Shah Deniz II field in Azerbaijan to the EU market as of 2020.

Switzerland-based Trans Adriatic Pipeline, a joint venture of several energy companies will build and operate the pipeline and plans to invest €5.6bn over five years in the project.

Under the agreement, TAP will have a specific tax regime for 25 years from the start of commercial operations.

"It reinforces that the terms put forward for our project realisation in Greece, including technical, safety, environment and social standards, permitting and land easement and acquisition, are entirely in line with level playing field principles."

Under its assessment of the pipeline, the commission found the project will contribute to further diversification of European energy supply sources and routes, and its construction requires substantial upfront investment over several years before any revenue will be generated.