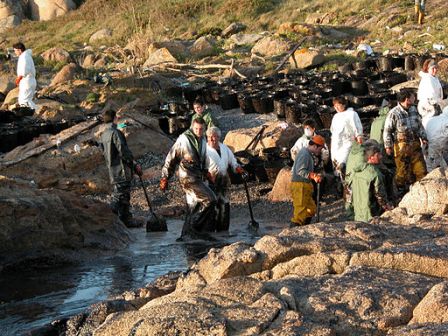 Exxon Mobil has commenced digging the oiled lawns at the Arkansas neighbourhood where a crude oil pipeline was ruptured on 29 March 2013, in order to replace them with fresh sod. The Pegasus pipeline is shut for an indefinite period.

The company is cleaning up residual oil through a combination of pressure washing, use of absorbent pads and removal of contaminated soil and vegetation.

The pipeline, which transports about 90,000 barrels per day of Canadian crude oil to Texas from Illinois, is situated in Mayflower, Arkansas, US.

About 3,500 to 5,000 barrels of crude was leaked during the oil spill, according to the information provided by the company to the US Transportation Department’s Pipeline and Hazardous Materials Safety Administration (PHMSA).

The company had shut valves within 16 minutes, on either side of the breach, after pressure dropped in the pipeline, the crude subsequently flowed to the surface and leaked onto residential lawns and streets and into storm drains.

The PHMSA has ordered the company to develop a restart plan for the pipeline, to test the damaged part of the line, as well as to get regulatory approval to restart post-repair, reported Reuters.

Exxon Mobil will pay all of the costs related to the oil spill, a company spokesman said.

The US Environment Protection Agency (EPA) has categorised the incident under major spill, which reflects a quantity greater than 250 barrels.

EPA and ExxonMobil are continuously monitoring the air quality at the oil spill area and have provided data to the Arkansas Department of Health.

Arkansas Department of Health spokesperson Ed Barham was quoted by the news agency as saying that levels of benzene and other compounds are slowly coming down.

"The situation is improving rapidly and they are moving quickly," Barham added.

CCN reported that Arkansas Attorney General Dustin McDaniel has started an investigation into what caused a gash in the underground Pegasus pipeline to spill crude.