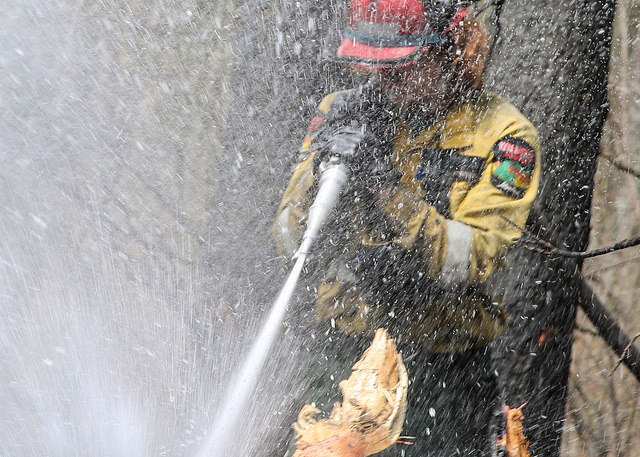 Canadian oil company Cenovus Energy has shut down production at its Foster Creek thermal oil sands project and Athabasca natural gas operations as a precautionary measure against a forest fire in northeastern Alberta.

The fire is presently raging on the Cold Lake Air Weapons Range (CLAWR) around 25km away to the south of Cenovus’s facility. It has not affected the plant yet.

The firm has evacuated all staff from the facility fearing the fire’s proximity to the only access road to the site.

Cenovus will resume operations at the facility once the forest fire is brought under control and the site is declared safe.

Foster Creek facility, which is jointly owned by Cenovus and ConocoPhillips, produces around 67,500 barrels per day (bbls/d).

Athabasca natural gas operation produces nearly 20 million cubic feet per day (MMcf/d) of gas, most of which is used to support the Foster Creek facility.

The fire has spread over 8,200ha of land and is uncontrollable, informed the Alberta Environment and Sustainable Resource Development.

Canadian Natural Resources has also shut down crude oil production at Primrose thermal in situ operations which produces around 80,000 bbl/d.

The firm has also cut down its crude oil operations at the Kirby South thermal in situ operations from 18,000 bbl/d to around 12,000 bbl/d.

Due to forest fire Alberta government has announced ban on open fire including campfires in campgrounds or backcountry.

Alberta government said in a statement: "The fire ban applies to the province’s Forest Protection Area (FPA). Other jurisdictions outside the FPA, including municipalities and provincial parks, may issue their own fire restrictions or bans."

Image: Cenovus and Canadian Natural Resources will resume operations their facilities once the forest fire is brought under control. Photo: courtesy of Government of Alberta.