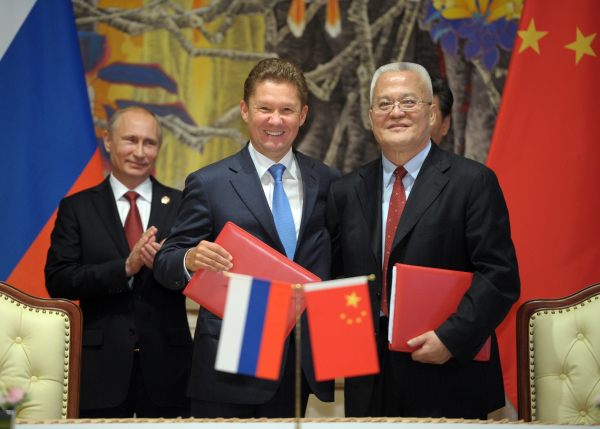 Gazprom has signed a $400bn contract with China National Petroleum (CNPC) to supply 38 billion cubic metres of gas annually for the next 30 years.

Gas will be delivered through the Power of Siberia trunk line featuring the Yakutia and Irkutsk production centres, which were constructed to supply gas to Russia’s Far East and China. Gazprom said $55bn will be invested in the construction of new production and transmission facilities.

Gazprom management committee chairman Alexey Miller said: "Russia and China have signed the biggest contract in the entire history of the USSR and Gazprom; over 1 trillion cubic metres of gas will be supplied during the whole contractual period."

The deal includes provisions for a price formula linked to oil prices and a take-or-pay clause.

Gazprom and CNPC signed a framework agreement in 2009 on major terms and conditions of gas supply from Russia to China, which included annual exports of up to 68 billion cubic metres. Terms were agree on supply via the eastern route in September 2013.

Image: The contract was signed by Gazprom’s Alexey Miller and CNPC’s Zhou Jiping in the presence of Russia President Vladimir Putin. Photo: courtesy of Gazprom.