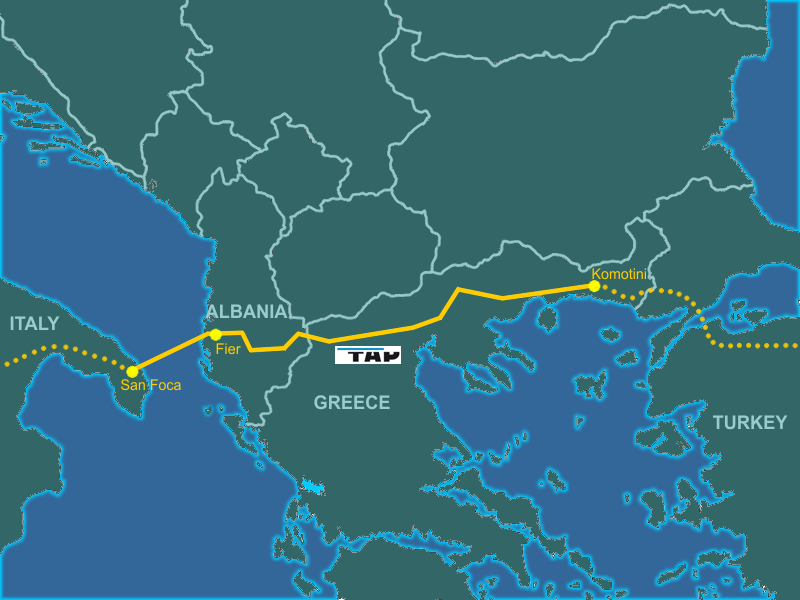 The Greek Parliament has approved the Intergovernmental Agreement (IGA) between Albania, Italy and Greece, related to the construction and operation of the Trans Adriatic Pipeline (TAP) project.

The IGA between the three countries was signed on 13 February 2013, to provide support and cooperation for TAP and to implement the project on time.

The ratification of the deal will help the TAP to complete the Host Government Agreement (HGA) with Greece.

The HGA will define the rules for the TAP to clear permitting process, to implement technical and safety standards, and the land easement procedure.

The TAP, which represents a €1.5bn in the form of foreign direct investments (FDI) in Greece, is the only pipeline which will run through Greece. The the final selection of the gas transportation route is expected in June 2013 by the Shah Deniz consortium in Azerbaijan.

"We maintain our confidence that the excellent collaboration with Greece will continue and that together we will provide Shah Deniz with the most compelling offer," said the TAP managing director Kjetil Tungland

The TAP will interconnect with the Trans Anatolian Pipeline (TANAP) near the Turkish-Greek border, across Greece and Albania, and will reach ashore of the Adriatic Sea in southern Italy.

The pipeline will provide gas to south eastern European countries, such as Bulgaria, Albania, Bosnia and Herzegovina, and Montenegro.

The TAP’s presence in Italy will also provide Caspian natural gas to Germany, France, the UK, Switzerland and Austria.

The TAP plans to open the Southern Gas Corridor, which will enhance Europe’s energy security by expanding the gas capacity from 10 to 20 billion cubic metres per year.

TAP’s shareholders include Axpo of Switzerland and Norway’s Statoil, each holding a 42.5% share, while E.ON Ruhrgas of Germany has 15% interest.