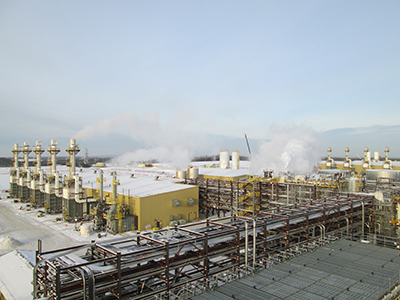 Canada-based Husky Energy has signed an agreement to sell 65% of its ownership interest in oil and gas processing assets to Hong Kong-based Cheung Kong Infrastructure and Power Assets for $1.7bn.

Husky will retain a 35% stake in these midstream assets in the Lloydminster region of Alberta and Saskatchewan.

As part of the transaction, Husky will sell about 1,900km of pipeline in the Lloydminster region, 4.1 million barrels of oil storage capacity at Hardisty and Lloydminster, as well as other ancillary assets.

According to the company, the sale price represents about 13 times the expected EBITDA of about $180m in 2016.

Husky Energy CEO Asim Ghosh said: "It was important to realise full value for these assets and to maintain operatorship and preserve the tight integration between our heavy oil production, marketing and refining assets.

"The partial sale of the Lloydminster midstream assets will unlock substantial value that will be used to further strengthen the balance sheet.

"The partial sale of the Lloydminster midstream assets will unlock substantial value that will be used to further strengthen the balance sheet."

The transaction is subject to regulatory approval.

Meanwhile, Husky said it aims to add about 55,000 to 60,000 barrels per day from low sustaining capital projects.