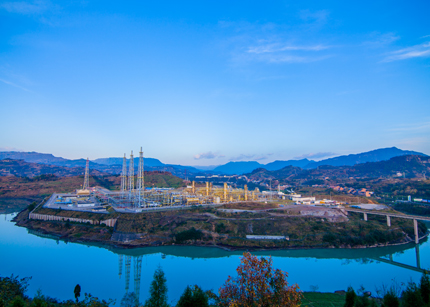 Through all phases of the project, the company provided engineering and project management services from its offices located in China, Australia, the US, the Netherlands and Canada.

"We are proud to contribute to this significant milestone for Chevron in China."

The news follows Unocal’s announcement on start of gas production from the first stage of the project in January 2016.

Originally, the project was due to become operational in 2010, but was delayed as it is a complex field and was believed to contain high hydrogen sulfide content.

Jacobs Engineering Group senior vice president Steve Axcell said: "We are proud to contribute to this significant milestone for Chevron in China.

"We are also pleased to provide our Comprimo technology, which is built on more than 40 years of research and development."

The Chuandongbei project consists of the Luojiazhai, Tieshanpo, and Dukouhe-Qilibei gas fields and is estimated to contain natural gas resources of three trillion cubic feet.

The project is operated by Unocal East China Sea with a 49% participating interest and the remaining 51% interest is owned by CNPC.