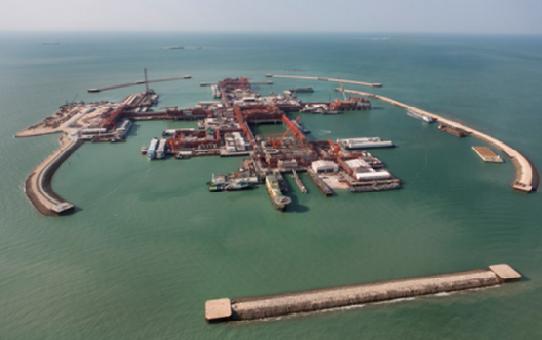 Kazakhstan looks to explore potential hydrocarbon reserves in the Caspian Depression and intends to team up with global energy companies for new developments in the region.

Reuters cited Kazakhstan Energy Minister Vladimir Shkolnik as saying: "Based on studies by international experts, the Caspian Depression is estimated to hold giant hydrocarbon reserves of some 60 billion tonnes of oil.

"This is why we are starting to implement the Eurasia project with the use of innovative geological technologies.

"Five of the world’s leading oil and gas companies have displayed interest in this project and we are now forming a consortium."

The country had been trying to promote its ‘Eurasia’ project in order to attract capital and technology investments for exploration and drilling of super-deep oil wells in the western parts.

Details or time frame for the proposed consortium have not been disclosed yet.

Offshore oilfield at Kashagan, which is situated amidst the Caspian Sea, was expected to boost Kazakhstan’s oil output in the initial stage, when it was launched in September 2013.

Production at the site, however, had to be stopped a few weeks after the launch due to oil leaks.

Kashagan is expected to resume production by the end of next year, according to Vladimir Shkolnik

Oil production in the Asian country is expected to remain stagnant at 80.8 million tonnes this year.

By 2031, Kazakhstan expects to produce up to 113 million tonnes of oil considering the expected output from Kashagan and higher output at the Chevron-len Tengizchevroil venture.