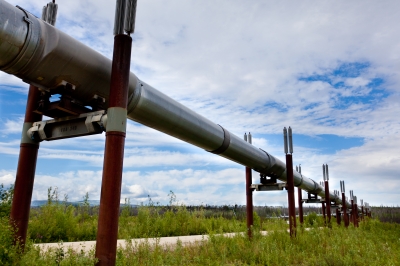 A subsidiary of Kinder Morgan Energy Partners has signed a letter of intent with NOVA Chemicals to build a new products pipeline from the Utica shale.

Kinder Morgan Cochin will develop, construct, own and operate a 210-mile, 10in pipeline as part of the deal. The pipeline will run from multiple fractionation facilities in Harrison county, Ohio, to Kinder Morgan’s Cochin pipeline near Riga, Michigan.

The company will then move the product through Cochin east to Windsor, Ontario, Canada.

The proposed Kinder Morgan Utica to Ontario Pipeline Access (UTOPIA) is worth about $300m and will transport previously refined or fractionated natural gas liquids (NGLs), including ethane and propane.

The pipeline is expected to have an initial capacity of 50,000 barrels per day (bpd), which can be expanded to around 75,000bpd. It is anticipated to start service in mid 2017.

"This proposal will complement our existing transportation solutions for NGLs produced in the Utica."

"This proposal will complement our existing transportation solutions for NGLs produced in the Utica, allowing producers to choose between mixed NGLs to the Gulf Coast or previously fractionated NGLs to nearby demand centres," Lindley said.

The multi-product Cochin pipeline includes around 1,900 miles of 12in pipeline operating between Fort Saskatchewan, Alberta and Windsor, Ontario.

From July 2014 construction will continue on the Cochin Reversal project, which will supply light condensate from Kankakee county, Illinois to existing terminal facilities near Fort Saskatchewan, Alberta.