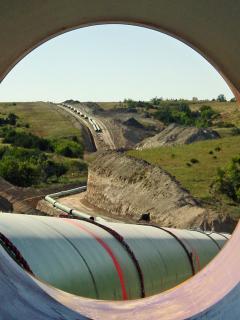 The JV firm is the owner for the Elba Liquefaction Project, which is likely to be developed at the existing Elba Island LNG Terminal near Savannah, Georgia, US.

"We look forward to this additional investment opportunity that provides attractive returns and that serves a high-credit quality customer in Shell."

Construction for the project, which will be equipped with ten small-scale liquefaction units from Shell, is expected to start from the final quarter this year.

Initial production from the project has been scheduled to occur in 2017.

Shell upstream Americas LNG operations and growth vice-president Ton Ten Have said: "This is a good opportunity to leverage the proven track record of both companies to deliver an innovative LNG export project in the United States."

Once fully operational, the Elba Liquefaction Project will have the annual export capacity of 2.5 million tonnes of LNG, for which Shell will retain the 20-year contract subscription.

The project, which had secured approval from US Department of Energy in 2012, for LNG exports to countries that have signed free trade agreement (FTA) with US, is yet to receive authorisation for non-FTA exports.