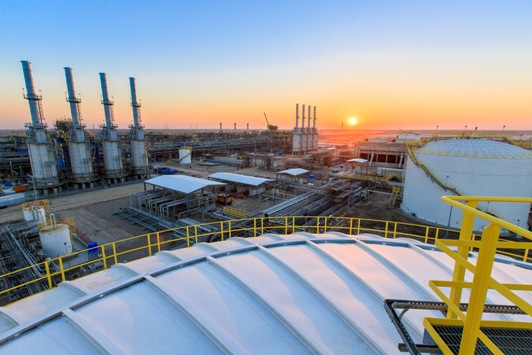 Lukoil has announced the commencement of commercial production at the West Qurna-2 oil field in Iraq, reaching the target production level of 120,000 barrels per day (bpd).

The company has signed a service contract with the Iraqi government, under which it must maintain the same level of production for the next 90 days to begin receiving a return on its investments.

The company plans to implement the project in three phases.

Mishrif Early Oil will have a target production level of 400bpd, Mishrif Full Field Development 550bpd and Yamama Formation Development to have 1.2 million bpd. According to the company, the production plateau will be maintained at this level for nearly 20 years.

The company signed the development and production service contract for the oil field on 31 January 2010.

The project’s existing participants include the South Oil Company of Iraq’s Ministry of Oil and a consortium of contractors comprising Lukoil (75%) and the Iraqi North Oil Company (25%).

Lukoil president Vagit Alekperov said: "The start of production at West Qurna-2 is strategically important for Lukoil. Starting up the field on a tight schedule and reaching the target production level underscores Lukoil’s ability to independently and efficiently manage the implementation of complex large-scale projects and reinforces our position as a global energy company."