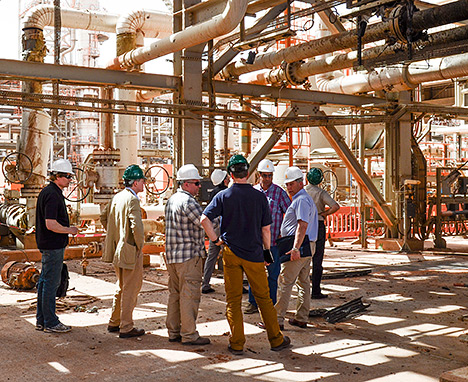 Militants have attacked Statoil and BP operated In Salah Gas plant in Krechba, Algeria, using a vehicle and a mobile weapon firing explosives.

Three strikes were identified at the plant, however, the incident has caused no damage to the plant but the central processing facility (CPF) was closed as a precaution.

Statoil said that more than 600 employees were working at the plant at the time of the incident and three of them belong to the company.

None of the employees were injured, and the three employees are safe inside the plant.

Statoil has not planned any evacuation from the plant or any other plants in Algeria.

The company is working with relevant authorities and following up on the incident. It has demobilised its emergency organisation in Stavanger, but the joint venture and the partners are continuing to monitor the situation.

The area is controlled by the Algerian military.

"All BP staff in Algeria have been accounted for and there are no injuries."

A statement related to the incident was posted by BP that read: "All BP staff in Algeria have been accounted for and there are no injuries.

"We are in touch with the In Salah Gas Joint Venture team, our joint venture partners Statoil and Sonatrach and all relevant stakeholders and are providing support to ensure the safety of those involved."

The security of Algerian plants has improved following the In Amenas gas plant attack in 2013 after which ordinary operations were resumed during 2014. The attacks are believed to have claimed the lives of 40 oil workers.

Statoil plans to carry out a review of the attack, and plans to put in place any further security measures at the plants in Algeria as part of the ordinary operations.

Image: The investigation team visited the In Amenas plant on 16 April 2013. Photo: © Statoil.