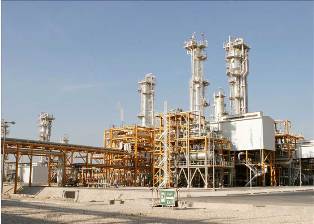 National Iranian Oil Company (NIOC) has said that it will deploy eight drilling rigs across the country in 2013, as part of its plan to expand exploration activities.

NIOC exploration manager, Hormoz Qalavand, said the company is currently carrying out exploration activities at a depth of 3500m to 4000m near the Azadegan oilfield in the south-west of Iran.

Results of the exploration will be announced after completion of the necessary oil tests, Qalavand added.

The company is mainly focusing on exploration near the Khozestan province and Lorestan and Fars provinces located in the south-west of the country to discover new oil and gas reserves.

Currently, NIOC’s exploration activities in the central part of the country are in early stages and includes geologic and geophysics activities.

Qalavand said that exploration activities right now are continuing with six drilling rigs, while two other rigs will be included in the programme in 2013.

The company is also carrying out exploration activity with one drilling rig in north-east Iran, close to the border with Turkmenistan, in search of gas reserves.

NIOC is preparing to start drilling in the Khangiran and Gonbadli fields in the north-east part of the country, after completing geological and geophysical assessments in these fields.

In 2011, the company discovered five oil and gas fields, including Khayyam oil field and Medar and Sardare Jangle gas fields.

In the same year, the company explored 2.870 million barrels of oil and 847 billion cubic meters of gas, respectively 2.6 and 3 times more than the fifth five-year development plan targets.