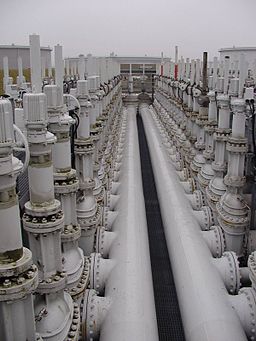 In the first phase, part of the available capacity on the 503km pipeline will be used to transport about 15,000 barrels of oil per day from Amazonian oil fields of southern Colombia to the OCP terminal in the Ecuadorian port of Esmeraldas by August 2013.

OCP is planning to sign about ten agreements with Colombian producers, including state-run oil firm Ecopetrol.

The OCP pipeline is currently transporting only crude from Ecuador.

OCP chief executive Andres Mendizabal said that Vetra will transport first barrel in the next week.

"The agreement allows [Vetra] to transport oil when the company needs, according to its necessities," Mendizabal added.

Ecuador’s Nonrenewable Natural Resources Minister Wilson Pastor said Colombia is facing problem in transporting crude oil from Putumayo due to non availability of infrastructure, while the agreement will benefit both the countries.

As per the agreement, Vetra has to pay $3.40 per barrel to Ecuador, according to Pastor.

OCP is one of the Andean nation’s two main oil pipelines, while the other one is SOTE pipeline, which transports about 360,000 barrels of lighter crude per day.

Image: OCP will transport about 15,000 barrels of oil per day from the Amazonian oil fields of southern Colombia to the OCP terminal in the Ecuadorian port of Esmeraldas. Photo: Courtesy of Wilfra.