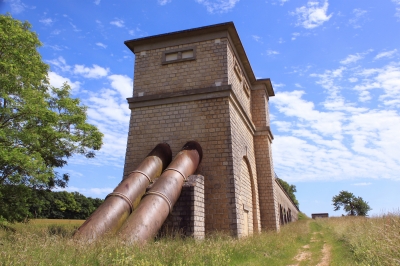 US-based oil pipeline transportation, marketing, and storage business Plains All American Pipeline (PAA) has announced an investment of approximately $450m into four projects that will expand its Permian Basin pipeline infrastructure over the next few years.

Several other projects are also currently under review as part of the proposed expansion plans, which are aimed at keeping pace with rising production volumes.

The projects include the construction of three new large diameter (trunk line) pipelines expected to be completed in stages throughout 2014 and early 2015.

The trunk line pipelines are set to increase the partnership’s takeaway capacity in support of crude oil production growth in the Delaware and South Midland Basins.

The project will also support gathering systems constructed by the partnership in the Avalon, Bone Spring and South Spraberry developments.

Under the first project, pumping capacity will be added to the partnership’s existing 20in Basin pipeline from Jal, New Mexico to Wink, Texas, increasing its capacity by over 70% to 240,000 barrels a day.

A new 40-mile 12in pipeline with 100,000 barrels a day of pipeline capacity will be constructed from Monahans to Crane, Texas to supply volumes to the Longhorn pipeline as well as the partnership’s Cactus pipeline at McCamey.

The second project involves construction of a new 62-mile, 16in and 20in pipeline with 200,000 barrels a day of takeaway capacity from the South Midland Basin in Central Reagan and Central Upton counties to the origin of the Cactus pipeline at McCamey, Texas.

Construction of a new 80-mile, 20in pipeline between Midland and Colorado City, Texas will take place in the third project, providing an additional 250,000 barrels a day of capacity to supply connecting carriers at Colorado City, including the new BridgeTex Pipeline.

Image: PAA will increase its Permian Basin pipeline infrastructure over the next few years. Photo: courtesy of xedos4 / FreeDigitalPhotos.net