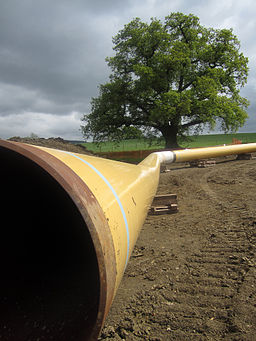 The phase III expansion, which is expected to be in service between late 2016 and mid 2017, is underpinned by long-term take-or-pay transportation services agreements with 30 customers in Pembina’s operating areas.

The expansion will support ten-year transportation services agreements for volumes that average around 230,000 barrels per day (bpd) or approximately 75% of the initial capacity.

To fulfill capacity needs for Pembina’s customers, the 540km pipeline will be expanded upon certain segments of the company’s existing pipeline systems from Taylor, southeast British Columbia to Edmonton, Alberta.

Pembina plans to build a new 270km 24in-diameter pipeline from Fox Creek, Alberta, to the Edmonton area, which is expected to initially carry around 320,000 bpd and have a capacity of over 500,000 bpd with the addition of midpoint pump stations.

Once complete, the company will have three distinct pipelines in the Fox Creek to Edmonton corridor. These are expected to hold the designed capacity to transport around 885,000 bpd.

The phase III expansion is also expected to increase pipeline interconnectivity between Edmonton and Fort Saskatchewan including Pembina’s Redwater and Heartland Hub sites as well as third-party delivery points in these areas.

Pembina Pipeline president and COO Mick Dilger said that the company announced an open season in March to identify producers’ pipeline capacity requirements beyond expansions, which are already underway.

"The project provides customers an inclusive solution, as it will increase crude oil, condensate and NGL take-away capacity from northwestern Alberta and northeastern British Columbia to markets in the Edmonton and Fort Saskatchewan areas," Dilger added.

The Phase III Expansion will follow a series of growth projects on Pembina’s conventional pipeline infrastructure that result from the ongoing successful development by oil and gas producers of resource plays in the Montney, Duvernay and Deep Basin Cretaceous formations.