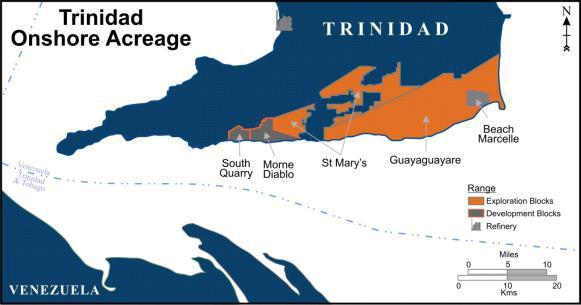 Range Resources has secured an exploration and production licence for the St Mary’s Block in Trinidad.

The licence will last for 25 years until a commercially viable discovery is made.

The company will also undertake 2D and 3D seismic analysis, together with other technical studies.

As part of the licence, Trinidad state oil company Petrotrin has been given a 20% carried interest via the exploration work programme commitment.

"The licence will last for 25 years until a commercially viable discovery is made."

Range Resources is in final discussions with respect to the joint operating agreement with Petrotrin.

The company signed the licence for St Mary’s with the Government of the Republic of Trinidad and Tobago, having originally announced the agreement back in February 2014.

Range said the block is on trend with highly prospective acreage with several plays and various onshore discoveries.

Some of the recent discoveries include the 150 million barrel Penal / Barrackpore field, the 20 million barrel / 0.5 TCF gas condensate Carapal Ridge field and other fields ranging in size between 10 and 25 million barrels of oil

The western part of the block is adjacent to Range’s production infrastructure which may be used in the development of any discoveries on the new block.

The evaluation of existing seismic and well data has allowed Range to high-grade several areas.

Range will further evaluate the exploration potential of St Mary’s Block through the acquisition and interpretation of new 2D and 3D seismic.