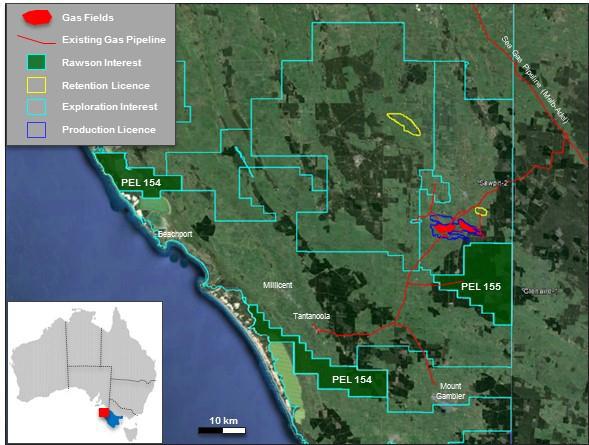 Rawson Resources has signed a share purchase agreement (SPA) in a bid to increase its stake in Otway Energy from 37.5% to 100%.

The company operates two exploration permits in the Otway Basin in South Australia; PEL154 and PEL155, which are prospective for conventional and unconventional exploration.

Recently, the company assessed the Casterton Shale in the neighbouring PEL495 permit with the Sawpit-2 well and found that it is generating hydrocarbons. Block operators are continuing their unconventional exploration programme in the basin.

Hardie Energy currently holds the remaining 62.5% interest in Otway. Under the agreement, Rawson will increase its stake in Otway Energy for the consideration of $2m and a royalty on future production.

The company will pay a non-refundable $100,000 deposit on signing the SPA, with $1.9m due on completion.

Rawson Resources chairman Simon Bird said that following the transaction, the company will continue to assess other opportunities in the region.

"The board is excited about the acquisition of 100% of Otway Energy because it provides Rawson with control over assets that can be rapidly brought into production," he said.

At present, Rawson holds exploration licenses in the Cooper basins, and in the Pedirka, Otway and Taranaki basins through holdings in Central Petroleum, Otway Energy and Kea Petroleum, respectively.

Image: The permits PEL154 and PEL155 are prospective for both conventional and unconventional exploration. Photo: courtesy of Rawson Resources.