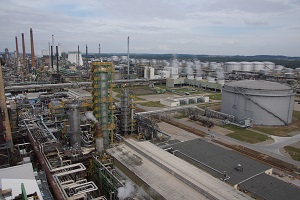 Russian oil firm Rosneft has agreed to acquire a 16.67% stake in a German oil refinery from France-based Total.

The agreement expands the energy partnership between Russia and Europe based on the effectiveness of supply of a refinery situated along the Druzhba pipeline.

Both the companies have also signed an off-take agreement to supply oil to retail and wholesale customers of Total.

"This agreement is reflective of the level of trust, long-term commitment and mutual benefit in the relationships between Total and Rosneft."

It will secure stable delivery to the Berlin and surrounding areas, markets and customers supplied by pipeline from the refinery.

Rosneft head Igor Sechin said: "This agreement is reflective of the level of trust, long-term commitment and mutual benefit in the relationships between Total and Rosneft. It proves the effectiveness of the European-Russian energy partnership in that it delivers added value to all companies and countries involved.

"As for Rosneft, this deal means a strengthening of its position in one of Europe’s most efficient and effective refineries and an opportunity to serve the end-customers in its most important market."

Upon completion of the latest acquisition, Rosneft together with ROG will manage about 55% of the refinery’s ownership.

Rosneft said its crude oil supplies to Germany accounted to 23.3 mln tonnes in 2013, which is 26% of all oil import of the country.

Image: Rosneft will acquire a 16.67% stake in a German oil refinery from Total. Photo: Courtesy of Rosneft.