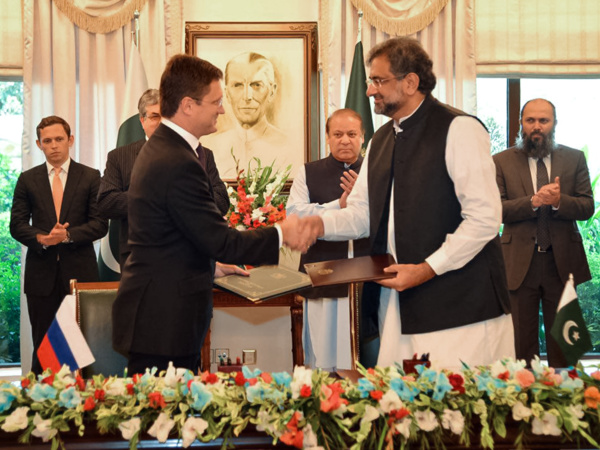 Russia and Pakistan have signed an agreement to build a gas pipeline from Lahore to Karachi, which is expected to involve an investment of $2bn.

The initial phase of the North-South gas pipeline project is slated for completion by December 2017.

The 1,100km pipeline will have a capacity of 12.4 billion cubic metres a year and will connect liquefied natural gas (LNG) terminals of Karachi with those of Lahore.

Russia’s Energy Ministry said that the pipeline is expected to reach its project capacity by 2020.

Russia energy minister Alexander Novak said: "Since the Soviet times, Russia has earned the reputation of a reliable partner in major international projects.

"The construction of the North-South gas pipeline is bringing economic cooperation between Russia and Pakistan to a new level."

To be implemented in compliance with build own operate transfer (BOOT) model, the project is expected to enhance cooperation between the two countries.

"The construction of the North-South gas pipeline is bringing economic cooperation between Russia and Pakistan to a new level."

Set to be constructed in 42 months, the project implementation is expected to take place in three stages, TASS reported.

The gas pipeline will be constructed during the initial stage, and the second stage will see the construction of a portion of compressor stations by the second quarter of 2019.

In the third stage, slated for completion by the second quarter of 2020, all compressor stations are scheduled to be commissioned.

Following this, the pipeline will reach its full capacity.

Image: In Islamabad the governments of Russia and Pakistan have signed the intergovernmental agreement to construct the North-South gas pipeline from Karachi to Lahore. Photo: courtesy of Rostec.