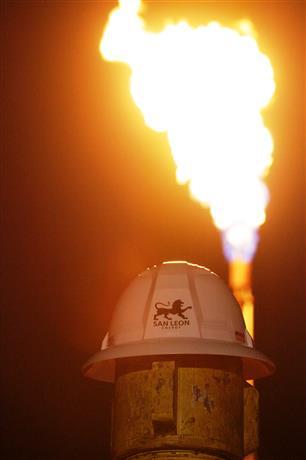 Rawicz-12, an appraisal well in south-western Poland, flowed gas at an increasing rate and reached up to 4.1 million cubic feet per day.

The company said the gas quality is in line with expectations and no significant amounts of water have been discovered.

"This is the well we have been waiting for – a significant gas discovery in one of the highest-priced gas markets in Europe."

San Leon plans to drill another three to five wells to develop the field, with the second well on Rawicz currently being planning.

Flow testing operations are due to complete on 28 February 2015, after which a phase of data collection will start evaluating pressure build up.

San Leon Energy executive chairman Oisin Fanning said: "This is the well we have been waiting for – a significant gas discovery in one of the highest-priced gas markets in Europe.

"The Rawicz field has existing gas infrastructure nearby and a development feasibility project has already been completed."

The Rawicz gas field is estimated to contain up to 17 BCF of recoverable methane gas in the Permian Rotliegendes formation with potential upside for oil and gas production in the Zechstein Main Dolomite.