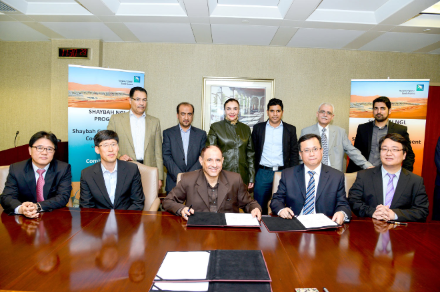 Samsung will expand the central processing facility, which is expected to add around one million barrels a day of AXL crude oil.

The company will also expand the existing facility at Shaybah GOSPs 1, 3 and 4 to increase their total handling capacity by 250,000 barrels of AXL crude.

At GOSP 4, three gas oil separators and one wet-crude-handling train will be added along with the associated charge, disposal and shipping pumps, intermediate and booster gas compressors and all associated utilities.

The company will also install additional oil transfer facilities with associated utilities at GOSPs 1 and 3. The expansion is expected to be completed by April 2016.

To produce a total of 240MW of power from wasted heat, each block will be coupled with a 120MW steam turbine generator.

Saudi Aramco plans to issue remaining contracts for infrastructure facilities in January 2014 to expand the capacity of the existing Shaybah Residential Industrial Camp and support facilities.

The Shaybah AXL Crude Increment Project, which is part of the ongoing mega-development of the Shaybah NGL Recovery Program, includes nine other major contracts that are underway, to be completed by the end of 2014.